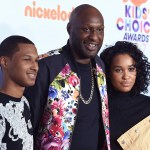 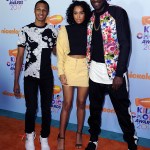 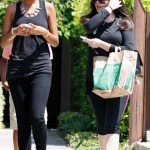 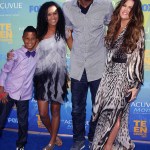 Lamar Odom is a proud father of three children, including late son Jayden, daughter Destiny, and son Lamar Jr. Learn all about them here.

Lamar Odom, 41, enjoyed a successful career in the NBA from 1999 to 2014, during which he won two championship games and earned a plethora of individual awards. Also roughly during that time period, the now-retired basketball star became a father to one daughter, Destiny, and two sons, Lamar Jr. and Jayden. Lamar welcomed all three kids with former girlfriend Liza Morales, whom he dated prior to his marriage to Khloe Kardashian.

Lamar’s had many blessings in his life, but he’s also faced many challenges. Namely, his son Jayden tragically passed away at only six month old. Lamar also nearly died of a drug overdose in 2015, which affected his relationships with Destiny and Lamar Jr. Find out more about Lamar’s three kids below.

Destiny, 23, was born on August 6, 1998, and she is Lamar’s only daughter. At the time of Destiny’s birth, Lamar was a freshman basketball player at the University of Rhode Island, just one year before he was drafted by the Los Angeles Clippers. When Destiny was 11 years old, her father married Khloe after just one month of dating — which Destiny has openly discussed in past interviews. “Things changed when my dad married Khloe,” she told People in 2017. “Things were a lot more public. When your dad’s an NBA player that’s already enough, but when he’s marrying a reality tv star, things are so public that you don’t have a private life anymore.” 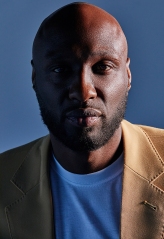 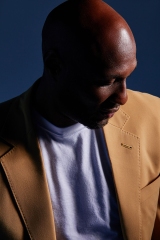 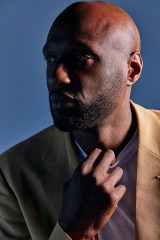 Destiny’s relationship with Lamar became strained after the pro athlete overdosed on cocaine and ended up in a coma. But in Lamar’s 2021 documentary film, Lamar Odom Re/Born, Destiny said the pair’s relationship has vastly improved. “I literally call him for advice for stuff now, because I feel like I can open up to him now. I can finally see what a real father is supposed to do,” Destiny said.

Lamar and Liza’s second child, son Lamar Jr., was born in 2002. Lamar Jr. is now a 19 year old college student, and he’s been honest about his up-and-down relationship with his dad. In the documentary, Lamar Jr. said he could see Lamar “progressing as a person, as a man, as a father” in the years after the near-fatal overdose. “I do see him, kind of, taking that leap,” the teenager added.

But back in November 2019, Lamar Jr. expressed disappointment with his father after learning the retired NBA star got engaged to Sabrina Parr via Instagram. “Not a txt or phone call to see how people who’ve known this dude his whole life to see how we would feel or react,” Lamar Jr. wrote on IG at the time, according to E! News. He then deleted that message, and shared more positive remarks about his dad’s engagement, which has since been called off. “At the end of the day, I am a teenager, that is becoming a young man. I have to be responsible for what I post, I have nothing but love for my dad and want what’s best for him.” Afterwards, a source told HollywoodLife that the father-son duo “spoke right away and they had a heart to heart” after the engagement drama.

Jayden, Lamar and Liza’s youngest child, arrived on December 15, 2005. Just six months later, on June 29, 2006, Jayden tragically died from sudden infant death syndrome while asleep in his crib. Liza was home when Jayden passed, while Lamar was on the road for basketball. Jayden’s death resulted in the couple splitting up, as well as Lamar sadly turning to drugs to cope.

All these years later, the tragic death of Jayden has stuck with Lamar. The athlete spoke about his late son in his documentary, saying, “He was extra energetic. Whenever I’d walk into the room, he’d just stare at me. He was beautiful. He was like the combination of his sister and his brother. I just wish I would have had him in my life a little longer.”