Jordyn Woods allegedly made out with Tristan Thompson, which also put her friendship with Kylie Jenner at risk. As the scandal unfolds, take look back at better days between these BFFs.

Kylie Jenner, 21, and Jordyn Woods, 21, are about to find out if the “forever” in “Best Friends Forever” really means that. In a scandal that seems ripped right out of an episode of Keeping Up with the Kardashians, Jordyn and Tristan Thompson, 27, allegedly made out at house party, and this caused Kylie’s big sister (and the mother of Tristan’s daughter, True) Khloe Kardashian, 34, to finally kick Tristan to the curb. Now, Kylie needs to figure out what she’s going to do. Will she follow KoKo and cut Jordyn out of her life? Or, will she remember all the history she has with her bestie — a few of such moments seen in the gallery above  — and forgive Jordyn?

Jordyn and Tristan, as first reported by TMZ, were “all over each other” at an LA house party on Feb. 17. Khloe found out the next day and that was it. Now, while Jordyn didn’t force Tristan to (allegedly) make out with her — thus ruining the trust Khloe had built up in him following his prior October 2017 infidelity — Kylie just can’t ignore her friend’s role in the scandal. She reportedly “doesn’t know what to do” about her BFF. The family is considering exiling Jordyn, but as a source told Us Weekly, it would be “very hard for Kylie to lose Jordyn because she’s her best friend…she doesn’t have a lot of friends and honestly can’t because of her lifestyle. So, she has latched onto Jordyn.”

Losing Jordyn also means losing a roommate, as Kylie’s BFF lives with her out in California. However, if Khloe’s BFF has her way, Jordyn will be crashing at an AirB&B for the near future. Malika Haqq, 35, weighed in on Khloe’s latest heartbreak. “These hoes ain’t loyal,” she said in response to another person’s Instagram post that claimed, “Stormi in Calabasas waiting for Jordyn to pack her sh*t and get out of Kylie’s house like… “ 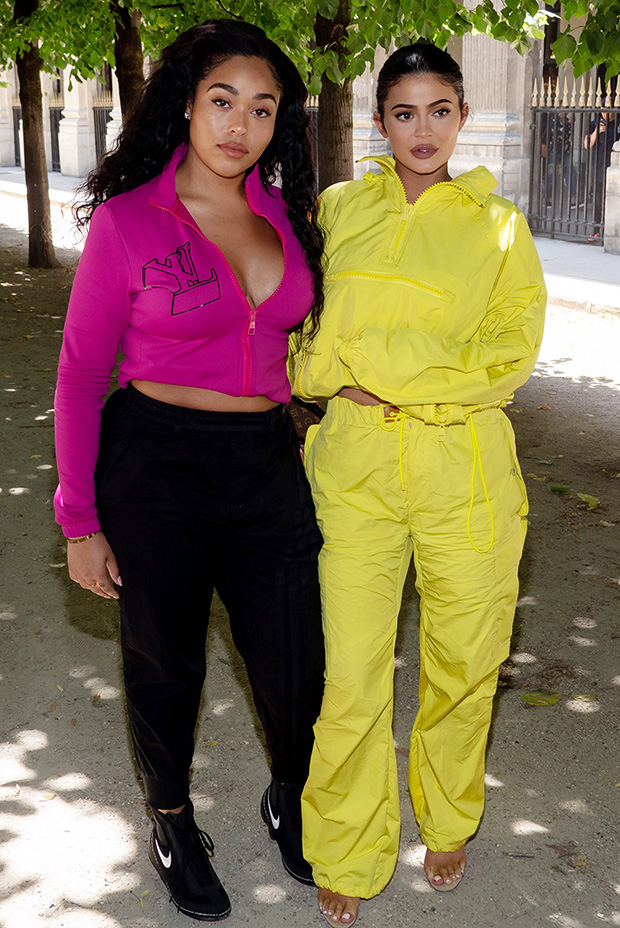 After the reported cheating broke, Tristan reportedly tweeted-and-deleted “FAKE NEWS.” Khloe broke her own silence on the scandal by responding to Hollywood Unlocked CEO Jason Lee’s Instagram video on the scandal. Khloe responded with a row of “talking head” emojis. While the cryptic response left some wondering if Khloe was saying this video was all gossip, Tristan reportedly owned up to his wrongdoing.