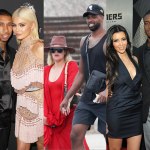 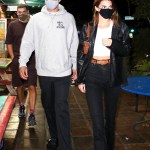 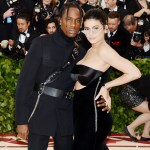 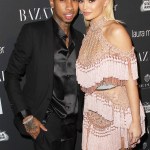 We’ve kept up with the Kardashian-Jenner women for years and seen them fall in love, get married, and welcome children! Now, we’re taking a look back at their hottest relationships and most memorable moments!

From Keeping Up With The Kardashians and onward, we’ve seen the Kardashian-Jenner women fall in and out of love. Over the course of more than a decade, Kim Kardashian, Kourtney, Khloe, Kendall Jenner, and Kylie have each had their ups and downs when it comes to romances. Now, we’re taking a look back at their most memorable relationships!

While not all of their partners have been mainstays on their E! reality show — with the exception of Kourt’s ex and the father of her three kids, Scott Disick — the sisters’ husbands, boyfriends, and flings have been snapped in photos with the women. From group vacations to quiet beachside pics, to full-on boss magazine photo shoots together, the Kar-Jenners are not shy about their loved ones. Even Kanye West, Kim’s husband of six years, has sat down in confessionals on KUTWK, a sight fans never thought they’d see.

Kim and Kanye had been going strong for years, until reports circulated on January 5 that the couple was potentially headed for a divorce. “He knows that she’s done. She has had enough, and she told him that she wants some space to figure out her future,” a source shared with People as multiple reports began to circulate. Fans have watched Kim and Kanye’s relationship go through ups and downs for years. Who could forget their gorgeous wedding at Fort di Belvedere in Florence, Italy? It was such a high-point for the couple, who now will head into the new year with a number of incredibly serious decisions to make regarding their future and those of their four young children — North, 7, Saint, 5, Chicago, 2, and Psalm, 1. Kylie and Khloe welcomed their precious little girls in 2018 with their former flames — Travis Scott and Tristan Thompson, respectively. Although Kylie and Travis ended the romantic part of their relationship in October 2019, the two have been incredibly dedicated to raising their sweet little Stormi! In fact, the young parents have been so mature about parting ways and reunited in Aspen, where their adorable two-year-old showed off her expert snowboarding skills! Khloe and Tristan split after he cheated on her with family friend, Jordyn Woods. After a lot of time to heal, reflect, and rebuild their connection, it seems that Tristan and Khloe are back in a good spot, although there’s no sign that the two intend to rekindle their love affair. Most recently, Khloe and the former couple’s daughter, True Thompson, 2, spent Christmas with Tristan in Boston, before Khloe and True returned to Los Angeles where they rang in the new year together.

So if you’re not up to date with the latest KarJenner relationships, or simply want to look back at the men they have dated or married, take a look through the gallery above!