Jack Nicholson is a proud dad of five! Learn about his kids here with ex-wife Sandra Knight, and former partners Rebecca Broussard and Winnie Hollman.

Jack Nicholson, 84, is a family fan at heart. The legendary actor shares five children with his former partners, including his only ex-wife Sandra Knight.

The Shining actor wed Sandra, now 82, back in 1962. The exes welcomed their only daughter Jennifer Nicholson in 1963, before ultimately splitting five years later. “The real Jack is a loving, caring, giving person,” Sandra said to Closer magazine of their union back in 2016. “We had a very beautiful, sweet marriage,” she added.

His second child, Caleb James Goddard, was born out of a relationship with Susan Anspach — however, Caleb was later legally adopted by actor Mark Goddard. 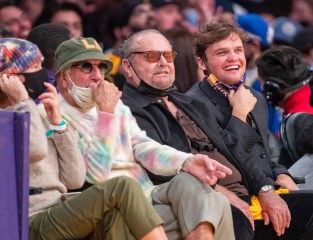 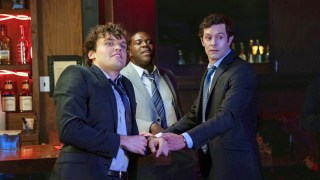 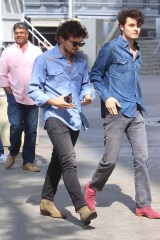 Jack later met former model Winnie Hollman, who is the mother of his daughter Honey, born in 1981.

He became a dad for the third and fourth time via ex Rebecca Broussard, 58, who he was in a relationship with from 1989 to 1994. The former couple are parents to daughter Lorraine, born in 1990, and son Raymond, born in 1992.

Jennifer Nicholson was born on September 13, 1963 to Jack and his only ex-wife Sandra Knight. After their split, Jennifer was raised in Hawaii by her mother. She later attended the University of Southern California where she studied art.

Her formal education lead to a career in interior design, which also included a refresh of her father’s iconic home on Mulhullond Drive.

Jennifer later on went on to pursue a successful career as a fashion designer — but confessed that her last name came with “pressure” others didn’t understand.

“I like being Jack Nicholson’s daughter and I’m proud of him, but people don’t understand the pressures that come along with that,” she said in a past interview. She previously showed her collections at L.A. Fashion Week and in 2013, opened her own boutique in the Venice area that sold both her own designs and other California brands.

Like her dad, Jennifer also pursued a career in acting: her father financed 1990 flick Blue Champagne, and she later appeared in 1994’s Inevitable Grace.

Jennifer tried to be an actress at some point and worked in “Blue Champagne,” a 1990 film her father financed for her, but that did not see the light of day. In 1994, she worked on a psychological thriller called “Inevitable Grace.”

The brunette married ex-husband Mark Norfleet in 1997, who she met at the Punahou School in Honolulu. The pair welcomed son Sean in 1996, and Duke in 1999. Jennifer divorced Mark in 2003. Notably, Duke was romantically linked to Bella Hadid, 25.

Caleb is Jack’s son with late actress Susan Anspach born on September 26, 1970. The actors met on the set of Five Easy Pieces in 1969, and began a romantic relationship shortly after. Jack denied Caleb was his for many years, and he was later adopted by Lost In Space actor Mark Goddard (Mark and Susan married in 1970, but divorced in ’78).

Caleb stayed out of the public eye for most of his childhood, however, it was later confirmed he studied at Georgetown University in Washington, D.C. Like his parents, he pursued a career in both film and television: he has dabbled in acting, and also worked as a writer and producer in New York City.

While Caleb maintained his stepfather’s last name, it’s believed Jack began to provide financial support for him in the mid-80s. Nicholas later acknowledged Caleb as his son in a 1996 interview with People magazine.

The acknowledgement came after Susan was upset following a 1994 profile in Vanity Fair that included no mention of her son. “Jack would say, ‘I didn’t have a father and I’m a superstar, it didn’t hurt me,'” Anspach said after. “And I would say, ‘But you didn’t have to see your father on every corner… You are too famous to do this. It’s unkind,” she added.

Caleb also opened about reconnecting with his dad. “Jack told me that… he never liked my mom,” he said. “He further said that my mom had tried to use the press against him, that the press didn’t matter once you got to court,” he added. Caleb has also been seen at basketball games with his biological father.

Honey Hollman was born in January 1, 1981 to former Miss Scandinavia Winnie Hollman and Jack . The pair are believed to have had an affair while in Denmark, where Honey was born (Jack was in a relationship with Anjelica Huston at the time).

Honey is the most private of Jack’s brood, spending the majority of her life in Europe. She has, however, pursued acting and appeared in Danish film Empire North back in 2006.

Despite the distance between Honey and her Academy Award winning father, Jack has always kept a relationship with Honey via phone.

The 40-year-old married Peter Duffy and the two live a quiet life in the Irish town of Trim, where they own a publ. She reportedly has three children with Duffy.

Lorraine Nicholson was born on April 16, 1990 to Jack and ex Rebecca Broussard. The 31-year-old was raised in Los Angeles, and studied acting at Brown University.

Like her dad, Lorraine is an actor. The blonde made her big screen debut alongside Jack in 2003’s Something’s Gotta Give as Samantha Newman when she was only 13. She later had a role in biopic Soul Surfer, based on the book with Bethany Hamilton.

“My dad told me, ‘The only goal you should have when you start out is to get people to want to work with you again,’ because if you get the opportunities to try, you’ll get better,” she said in a Town & Country interview back in 2017. When asked what she’s learned from observing her dad, she shared, “that it’s really important to live a fulfilled life.”

Lorraine has been by Jack’s side at events for years, most often courtside at Los Angeles Lakers games.

Ray Nicholson is the second child born to Jack and Rebecca, entering the world on February 20, 1992. Like his sister Lorraine, Ray was raised in Los Angeles. He later attended the prestigious Cinematic Arts school at the University of Southern California, where he appeared on school productions.

Like his sister and dad, Ray has become an actor and appeared in several projects including television series Panic.

In Oct. 2021, Ray was seen with his father at a Lakers game — marking Jack’s first public appearance in two years.