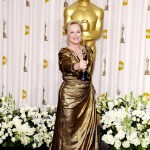 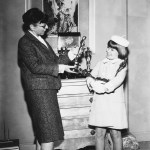 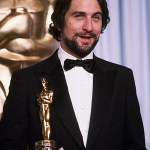 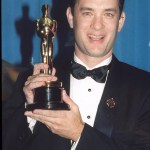 Over the Academy Awards’ long history, winners have been celebrated, and records have been broken! Here is a look at the actors, directors, and visionaries who have won the most Oscars.

Winning an Academy Award is one of the biggest honors in the film industry. For many, it’s the goal that they strive for, while some simply consider it a humbling validation of their talent and efforts. Winning an Oscar is no easy feat, and some Hollywood icons have never had their name called out during the prestigious ceremony. Some get nominated multiple times, to a point where it seems like they’ll never win, only to finally get the recognition for their life’s work.

Then, some stars make winning an Oscar look easy. Ahead of the 93rd Academy Awards, taking place on April 25, 2021, here’s a look at the talents – both in front and behind the camera – with the most Oscar wins in history.

Most Oscars for Acting

Stars the likes of Meryl Streep, 70, seem like they have been winning Oscars since they first came onto the scene. She won her very first Academy Award for her 1979 supporting role in the film Kramer Vs. Kramer, after earning her first nomination for the film The Deer Hunter in 1978. In 1982, the acclaimed actress won her second Oscar and first in the Leading Actress category for her role in Sophie’s Choice. Her most recent win came for the 2011 film The Iron Lady, where she won the Leading Actress Oscar for portraying Margaret Thatcher. That makes three wins out of a whopping 21 nominations.

However, the celebrated actor with the most Oscars for acting – at the moment – is screen legend, Katharine Hepburn. Before her death in 2003, Katharine was nominated 12 times for an Academy Award, winning four — all of which were in the Leading Actress category. Hepburn won for her roles in Morning Glory, Guess Who’s Coming To Dinner, The Lion in Winter, and for 1981’s On Golden Pond.

Meryl could arguably surpass Katharine for the No. 1 position. As of 2021, the only other actress with three Oscar wins is the late Ingrid Bergman. The Casablanca star won an Oscar for Best Supporting Actress for her role in 1974’s Murder on the Orient Express while winning Best Actress for 1956’s Anastasia and 1944’s Gaslight.

As for the male actor who holds the record for most wins, so far, it’s a tie between Jack Nicholson, 82, and Daniel Day-Lewis, 62. Jack earned a Best Supporting Actor Oscar for 1983’s Terms of Endearment while taking home Best Actor for One Flew Over the Cuckoo’s Nest and As Good As It Gets in 1976 and 1998, respectively. Daniel won for his leading roles in the films My Left Foot, There Will Be Blood, and Lincoln. Since the prolific actor has retired, it’s unlikely that another actor will grasp the same record-breaking moniker that Daniel has achieved.

Who Has the Most Oscars in History?

When it comes to breaking records, though, the person who won the most Academy Awards in total was not an actor at all, but an icon: Walt Disney. From 1931 to 1968 (two years after his death), Walt was nominated for 59 Academy Awards. His first came in 1932 when he won the Best Short Subject (Cartoon) award for Flowers and Trees. He racked up Oscars for animated shorts like Ferdinand the Bull, The Ugly Duckling, Der Fuehrer’s Face, and more. In 1948, per D23,  he won the Oscar for Best Short Subject (Two Reel), marking the first time he won for a Disney True-Life Adventure film. 1953’s The Living Desert was Walt’s first win for Documentary Feature, and 1954 saw him win Academy Award for Special Effects for 20,000 Leagues Under The Sea.

Art Director Cedric Gibbons is second with 11 and composer Alfred Newman in next with nine awards. Edith Head, the most-honored costume designer in the Academy Awards, was nominated 35 times for her work; she took home 8.

Who has the Most Oscars for Directing?

As for behind the camera, director John Ford currently sits atop the list, having won the Academy Award for Best Director four times: first for The Informer (1935), The Grapes of Wrath (1940), How Green Was My Valley (1941), and The Quiet Man (1952).

Other Notable Oscar Winners and Records

Three movies have won 11 Oscars, a record for “the most victories from a single film in the same year,” per Gold Derby. The films in question are: Ben-Hur, which was nominated 12 times in 1960, won 11 awards, including Best Picture; Titanic, which was nominated 14 times and also won Best Picture; and 2004’s Lord of the Rings: Return of the King, which won all 11 awards, including Best Picture. It stands as the largest sweep in Oscars history.

Despite being nominated nine times, Martin Scorsese only has one Academy Award for Best Director. He took home the gold in 2006 for The Departed. Raging Bull lost to Ordinary People, Goodfellas lost to Dances With Wolves, The Last Temptation of Christ fell to Rain Man, Gangs of New York lost to The Pianist, Million Dollar Baby grounded the Aviator, Hugo lost to The Artist, The Wolf of Wall Street lost to Gravity, and The Irishman lost to Parasite.

As of 2021, Ian McKellen, Sigourney Weaver, Amy Adams, Samuel L. Jackson, and John Malkovich are just some of the A-list talent that has yet to win an Oscar, despite being nominated multiple times. Glenn Close was nominated for Best Supporting Actress for Hillbilly Elegy, so this might be her year.