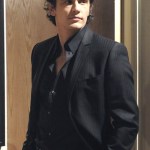 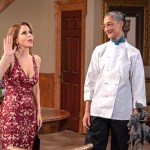 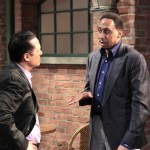 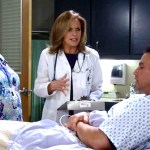 Between Oscar winners and respected journalists, ‘General Hospital’ has seen a slew of famous faces join its cast for memorable appearances! Now, we’re taking a look back at some of the most unforgettable guest appearances on the ABC soap opera!

Since its debut in 1963, General Hospital has captivated longtime fans and audiences with its audacious storylines, talented cast, and plot twists. But in the ABC soap opera’s nearly 60 years on TV, the show has also welcomed a bevy of famous faces to its ranks as guest stars! Oscar winners and nominees as well as some fellow soap opera stars have all made their way to General Hospital! Today, we’re taking a look back at some of the most famous guest stars the soap opera has ever seen!

The thought of a legendary Oscar-winning actress appearing on General Hospital may come as a shock to newly-minted fans of the soap opera, but that’s just what actress Elizabeth Taylor did in 1981. Taylor starred as Helena Cassadine for three episodes on the soap opera, appearing at Luke (Anthony Geary) and Laura’s (Genie Francis) wedding. Her character memorably put a curse on the two lovers, making the rift between the Cassadine and Spencer families much deeper. The ’80s saw General Hospital at its most popular, and Taylor’s appearance on the show — who had earned two Oscars for her performances in Butterfield 8 and Who’s Afraid Of Virginia Woolf — secured the soap’s prominent place in the TV landscape.

But it’s not just actors who get to have all the fun with guest appearances! During General Hospitals landmark 50th anniversary in 2013, journalist Katie Couric appeared on the show as a reporter. As the General Hospital reporter, however, Couric abandoned much of the pillars of professionalism she follows in her actual career for something far more dramatic. The episode in which she appeared saw Couric pretend to be a doctor in the hospital in order to get to and interview Nikolas Cassadine (Tyler Christopher). Although this reporter was a departure from Couric’s incredibly professional and thoughtful reporting, she nonetheless enjoyed herself during the episode!

Some guest stars, however, had their stint on the soap opera for much longer than just one appearance. James Franco appeared on General Hospital for over 50 episodes as Franco. While playing Franco, the actor slipped into the creepy tendencies of a psychotic serial killer, who would later be redeemed after the Oscar-nominated actor left General Hospital to pursue more projects. Given that Franco is still a major character on the series, its clear that the 127 Hours actor’s influence and depth made a lasting impression. There are so many more surprising, famous faces who have graced the small screen on General Hospital. To see more of the long-running soap opera’s most memorable guest stars, check out the gallery above!