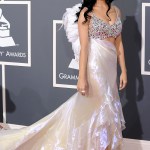 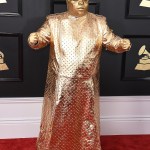 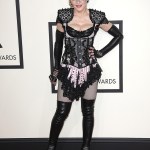 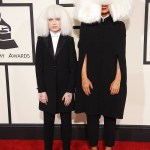 Ahead of the 2019 Grammy Awards, we’re looking back at some of the weirdest and craziest dresses to ever be worn on the red carpet. Check out Lady Gaga, Nicki Minaj and more in their out-there looks here!

While music is the focus of the Grammy Awards, style is a big part of the night, too, and lots of celebrities have not been afraid to take risks on the red carpet over the years. The Grammys aren’t as stiff as some other award shows, so it’s easier to push the limit when it comes to wild fashion choices, and these stars have done just that! Of course, Lady Gaga makes this list more than once. Who could forget 2011 — the year she showed up to the show inside of an EGG!? She was carried down the red carpet and didn’t “hatch” out of the contraption until her performance!

The year before that, though, Gaga also made headlines for her wacky outfit. She basically looked like she was wearing a bunch of sparkling hula hoops, and she carried a sharp metal object in her hand to add to the aesthetic. Plus, her sky-high, sequined shoes featured a heel on the SOLE of her foot, and no heel whatsoever at the heel of her foot. Seriously, how did she even walk in that?!

There are more stars besides Gaga who rocked crazy looks at the Grammys, though. In 2012, Nicki Minaj looked like Little Red Riding Hood in her oversized red dress, which featured a giant hood and face printed on the front. The year before, she wore a leopard-print outfit, along with a white wig that stood straight up on her head.

Click through the gallery above to check out these ladies and plenty more who’ve worn bizarre looks to the Grammys over the years. Will anyone be able to top these wacky looks this year?!