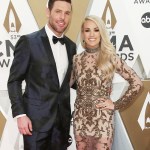 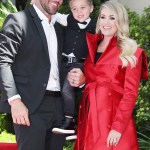 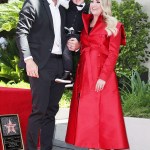 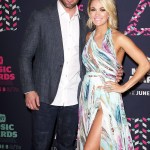 Vanessa Bryant proved that being a ‘Grinch’ isn’t all bad. She gave her friends – like Kim Kardashian – some new Nike Kobe 6 sneakers, so check them out and these other wild presents celebs bought in 2020.

Rolexes, vintage cars, tropical vacations, Nike sneakers, $11,000 Birkin bags… cows? The limit celebrities will go to gift each other something insanely memorable for the holidays does not exist. Whether it’s the pricey dress that no other girl in town can say that they have, or even something to give your friends a little… oomph in the bedroom, our favorite stars certainly upped the ante when it came to making Christmas 2020 special. Take a look at the wildest and most extravagant gifts of the holiday:

“Thank you so much, Vanessa [Bryant], for these shoes,” Kim Kardashian said in a video posted to her Instagram Story. In the clip, Kim, 38, showed off the pair of Nike Kobe 6 “Grinch” Protro sneakers that Vanessa, 38, gave her. The shoes run about $180 retail, according to NiceKicks.com, but the shoes are going for almost ten times that on the secondary market. Kim wasn’t the only celeb to get a visit from Santa Vanessa. Kris Jenner also got a pair (“OMG, Thank you, Vanessa, I’m screaming!!!” she posted to her Instagram Story).

The late Kobe Bryant debuted the lime-green kicks during the 2010 Christmas game between the Los Angeles Lakers and the Miami Heat. The color scheme and the fact that he wore the shoes on December 25 earned the kicks the “Grinch” nickname on sneakerhead blogs. Nike had suspended the sale of Kobe’s signature shoes following his fatal helicopter crash in January, per the Los Angeles Times. The shoe company resumed sales with Mama Week in August, celebrating the NBA icon’s life and legacy.

Carrie Underwood is already having the best Christmas of all time. Her adoring husband, NHL pro Mike Fisher, gifted her with something unconventional, but something the Grammy-winner absolutely wanted. Cows! Yes, cows. “He got me cows, which is what I wanted,” Carrie told Entertainment Tonight. “They’re my favorite animal. I love them, they make me so happy.”

She clarified that these animals were just meant to be her furry friends — not dinner. “I don’t want them for any purpose, just to love them,” she said. Mike actually debuted Carrie’s cattle in a post to his Instagram Story, showing the animals enjoying their new life at the family’s Nashville farm. Carrie tried to downplay her own gift-giving skills in the interview, but we have a feeling she’s going to surprise her husband with the ultimate Christmas.

Joe Jonas‘ present to wife Sophie Turner for Christmas 2020 was a little more low key than that, but pretty extra. She called him “hubbs of the year” (and she’s right) while rocking a custom Hannah Montana shirt, which features hilarious photos of Miley Cyrus throughout the years. Baby Willa’s first Christmas is already gearing up to be perfect.