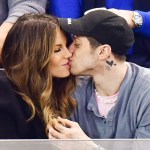 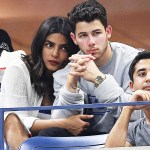 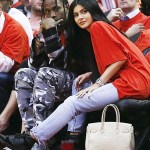 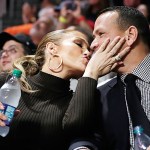 What better place to show some PDA than at a high-profile sporting event!? Check out celebrity couples who have kissed and cuddled in the crowd of basketball games and more right here!

Kate Beckinsale and Pete Davidson turned heads when they attended the New York Rangers game on March 3, and had their tongues down each other’s throats right there in the stands! The how new couple watched the game, but in between plays, they made sure to steal some kisses, and the whole thing was documented by photographers at Madison Square Garden. Of course, these two are far from the first celebrity duo to pack on the PDA while attending a sporting event, and we’ve rounded up a whole bunch in the gallery above!

Back in Sept. 2018, Sophie Turner and Joe Jonas hit up the U.S. Open, and it seemed like they could not keep their hands off each other! The hot couple knew the cameras were on them, so they over-dramatized their reactions to what was going on down on the court, and also grabbed one another’s faces during a steamy makeout session. The two attended the event with Joe’s brother, Nick Jonas, and his now-wife, Priyanka Chopra, who also cuddled close as they kept an eye on what was happening in the big match. There’s nothing like a PDA-filled double date, right?!

A lot of times, celebrity couples are caught packing on PDA at sporting events thanks to the Kiss Cam. Justin Bieber attended a basketball game with Selena Gomez back when they were dating, and they were all smiles as the Kiss Cam centered right on them. Of course, he went in for a sweet peck on the lips! Mila Kunis and Ashton Kutcher have also been caught on the Kiss Cam, as have Barack and Michelle Obama. NO ONE is immune from it!

Click through the gallery above to check out these celeb duos and more who’ve kissed, cuddled and cozied up at sporting events!