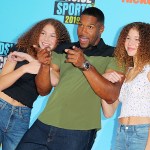 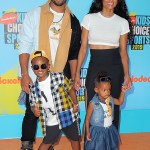 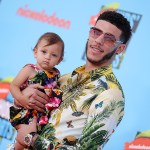 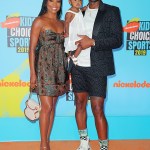 The 2019 Kids’ Choice Sports Awards air Aug. 10, and in honor of the show, we’re looking back at the cutest family pics on the red carpet over the years!

The Nickelodeon Kids’ Choice Sports Awards are the perfect opportunity for stars to bring their little ones to work! This year, the show filmed back in July, and it’s airing on Nick Aug. 10. Plenty of celebrities took family photos on the red carpet, and they’re too cute for words. Gabrielle Union and Dwyane Wade’s little girl, Kaavia, 9 months, made her red carpet debut at the show. Dyane held her in his arms while Gabrielle posed beside them. Kaavia looked absolutely adorable in her little white dress, and she’s already an award show pro.

Ciara and Russell Wilson were also proud parents, as they walked the red carpet with their daughter, Sienna, 2, and her son, Future Jr., 5. This was actually the second year in a row that this family attended the Kids’ Choice Sports Awards as a foursome. As an athlete, Russell is usually the one who’s involved with the award show, but this year, Ciara took the stage to perform, as well. The kids also got to join Russell onstage as he SLIMED her after her performance, and it was too cute.

Michael Strahan has also brought his two of his four children to the Kids’ Choice Sports Awards’ for several years in a row. The former football star has twin daughters, 14, with his ex-wife, and we get to see how much they’ve grown year after year when they attend the event with him.

From these stars, to Michael Phelps, Nick Young and more, click through the gallery above to check out photos of celebrity families at the Kids’ Choice Sports Awards. Try to contain yourselves over the cuteness!!!