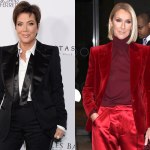 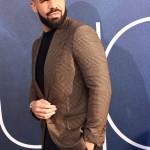 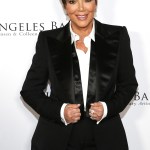 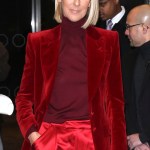 A number of celebrities, including Kris Jenner, have thankfully tested negative for COVID-19, after suspecting they may have contracted the sickness.

Drake, 33, revealed in an Instagram Live conversation with his father Dennis Graham that he tested negative for the Coronavirus. This revelation comes days after he self-quarantined following him hanging out with NBA star Kevin Durant, 31, who tested positive for the condition. The two men were spotted hanging out at The Nice Guy restaurant with one another before Kevin’s status was revealed, leaving many to believe that the “Hotline Bling” singer may have contracted it from him.

Kardashian family matriarch Kris Jenner is among the other celebrities who suspected she may have contracted coronavirus. The 64-year-old was tested after she came into contact with Universal Music Group CEO Lucian Grainge, who has since tested positive for COVID-19, which is causing global panic. The famed mom-ager was in attendance at the music exec’s birthday party in February, and a source told Entertainment Tonight that Kris tested negative. “Grainge tested positive and Jenner wanted to make sure she was being proactive in getting tested,” the source revealed. “Kris wasn’t sick and didn’t have any symptoms, but since she was in contact with someone who tested positive, she took the test [and] luckily tested negative for coronavirus.”

With the World Health Organization reporting almost 125,000 cases of the COVID-19 coronavirus within the first weeks of the pandemic, the odds that stars from the movie, television, music, and entertainment world would be spared were low. It was just a matter of time before a huge name reported that they’ve contracted COVID-19, but no one expected that name to be national treasure, Tom Hanks. Tom, 63, confirmed on Mar. 11 that he and his wife, Rita Wilson, 63, had come down with COVID-19 while he was filming an Elvis Presley biopic on the Gold Coast in Australia. Tom gave an update a day later, saying that he and his wife were “in isolation, so we do not spread it to anyone else.”

After Tom Hanks revealed he tested positive, a host of other celebs were quick to be tested. Among them was Celine Dion, who got tested after coming down with the symptoms of a cold. The 51-year-old was in the middle of her Courage World Tour when she postponed two shows because of her illness. The rest of her North American tour was eventually postponed as well, due to the spread of the virus. “On Monday night (March 9), a day after completing a six-show run in the New York area, Celine began feeling the symptoms of a common cold. The symptoms persisted into Tuesday, and her doctors instructed her to rest for the next 5-7 days,” a statement posted to Celine‘s Facebook explained. “After testing her, the doctors concluded that her virus was not related to COVID-19. I’m so sorry for disappointing my fans in Washington D.C. and Pittsburgh. I hope everyone understands.”

United States President Donald Trump also revealed he tested negative after coming into contact with the communications director for Brazilian President Jair Bolsonaro and a guest at his diplomatic dinner in Palm Beach, Florida — both of whom have coronavirus. The King and Queen of Spain, Felipe and Letizia, were also tested for COVID-19 after they met with government minister, Irene Montero, who has since been diagnosed with coronavirus. Their results were negative. Musician Tom Kaulitz, who is married to Heidi Klum, was also tested after he and his supermodel wife came down with symptoms. Tom’s twin brother Bill confirmed on March 15 that they did not have the virus.

Director Destin Daniel Cretton was tested after he worked “in close proximity with some people who had potentially been exposed” to the virus. He took to Instagram on March 17 to confirm he tested negative, and to remind fans that social distancing “is an act of love”. He wrote, “People all around the world are beginning to realize how connected we are, how vulnerable we are, how much we need each other to survive. I am happy to say that my test came back negative, but I will continue to be even more careful in the days ahead, Because if you believe in good science, and I do, we still have a mountain to climb together,” he said, adding, “Please stay hopeful, please stay humble, please stay home. Social distancing is an act of love for yourself, your family, and for every person on this planet.”

In the political sphere, Senator Lindsey Graham was tested for coronavirus and tweeted the results to his followers. “I was just informed by Dr. Moynihan, the head of the House Physicians Office, that my coronavirus test was NEGATIVE,” he said. “I’m very grateful and like everyone else will follow the best practices to stay negative.” Andy Beshear, the governor of Kentucky, also took the coronavirus test after he attended an event that was also attended by someone who has tested positive. His spokesperson says that he never came into contact with the woman who tested positive and his test came back negative. “He wishes everyone a speedy recovery and urges everyone to follow public health guidelines such as frequent hand washing and avoiding large crowds,” the spokesperson said.