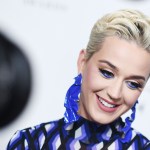 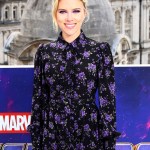 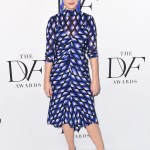 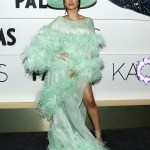 See photos of Katy Perry, Cardi B, and more stars who boldly matched their eyeshadow with their outfits!

As long as there has been fashion and makeup, there have been trends that public figures and celebrities absolutely adore. Matching one’s eyeshadow to their dress is just one trend that has slowly, but surely, come back into the mainstream, and over the course of the last few years, celebrities have been all about it! As we swing into spring, take a look at the stars below who have pulled off this beauty trend!

Cardi B, 28, has tried this trend a number of times, both on and off the stage. The singer arrived at the Kaos Dayclub & Nightclub Grand Opening in Las Vegas on April 6, 2019, for which she threw on a mint green Ralph & Russo Spring 2019 Couture organza gown. She paired the feathery frock with a massive, wide-brim hat and covered her eyelids in a matching, metallic mint green creamy shadow, which totally tied the look together.

Another star that tried the trend is Katy Perry! The newly-minted mom, 36, donned a full blue ensemble on the arrival carpet of the 10th Annual DVF Awards at The Brooklyn Museum in New York on April 11, 2019. She opted to wear a bright blue geometric patterned Diane von Furstenberg Fall 2019 midi dress which had tight ruching along the front, while the sleeves and chest featured a sheer underlay.

The singer paired the look with royal blue, pointy-toed Celina Blue Suede Pumps from her own line, and huge blue Closer by Wwake blue earrings. Despite her cool, funky outfit, it was her bold eye makeup that stole the show. Instead of wearing blue shadow, she kept her lids bare, added massive lashes, and applied royal blue liner on her water line and under her bottom lids. This is certainly not the first time that Katy has tried out this look, and she often matches her eye makeup to her outfits on American Idol.

Lupita Nyong’o totally rocked the star-studded arrival carpet when she attended the London premiere of her film Us on March 14, 2019. The Oscar winning star, 38, wore a sparkly red Attico Fall 2018 wrap dress, which she chose to pair with bright red colored contacts, a deep burgundy smokey eye, and a bold dark lip. The actress looked equal measures haunting and stunning in the look, while she attended the premiere of the acclaimed horror film in which she starred!

Scarlett Johansson tried out this cool trend when she arrived to an Avengers: Endgame photo call in London, on April 11, 2019. The Oscar nominated actress, 36, opted to wear a flowy, long-sleeve purple floral dress, opaque black tights, and black suede heeled booties. Scarlett’s outfit consisted of a black-and-dahlia floral Michael Kors shirtdress with a matching belt, both from the Fall 2019 Collection.

The frock also featured a high-neck peter-pan collar, long, billowy sleeves, and a ruffled skirt. She tossed her blonde locks up into a middle parted, bouffant bun, leaving a few wisps of hair out on one side. The best part of her look though, was definitely her glam, as she rocked a deep purple eyeshadow and liner, which brought out the flowers on her dress. Want to see more stars working this trend? Check out the gallery above!