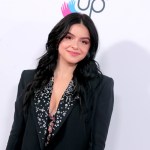 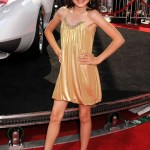 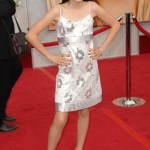 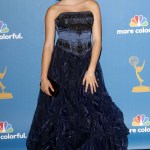 Ariel Winter has changed so much from the cute little girl she started out as on ‘Modern Family,’ to the gorgeous young woman she has become in Hollywood. Before the show’s series finale, see her transformation over the years!

It’s hard to believe that Modern Family is coming to an end on April 8 and devoted fans to the series will say goodbye to characters like Alex Dunphy. Alex has been played by Ariel Winter for more than a decade, and the gorgeous young woman has completely flourished on screen since she made her debut on the show at just 11-years-old! Over the years, Ariel has transformed from bright young starlet, to Hollywood stunner right before audience’s eyes. Before the Modern Family series finale, we’re taking a look back at how much Ariel has grown up!

Before she was making witty quips on Modern Family, Ariel was already an incredibly busy child actress. Ariel has spoken in the past on how she was thrust into the limelight, and subsequently took on a lot of projects at a very young age. One such film she was a part of was the 2008 film Speed Racer in which she played young Trixie. At only 10-years-old, Ariel was working red carpets and posing for cameras. In the photo below, she wore an adorable gold dress with matching heels to the film’s premiere!

But everything changed when, the very next year, Ariel landed the role that would make a her a household name. As Alex Dunphy, Ariel was the smart, witty foil to her otherwise ridiculous family. Alex was always a highlight on the series, and fans got to watch Ariel grow from petite 11-year-old to a fully-fledged young woman of 22! But with the end of the show comes a lot of mixed emotions, which Ariel shared in a moving tribute on April 7. “It’s been an amazing journey with my #ModernFamily. It’s hard to type this because it still doesn’t feel real,” the actress shared on Instagram. “We have been so lucky.”

But fans know that there’s only so much for Ariel to look forward to in her future. The young actress has completely blossomed into a gorgeous young woman, who knows how to work a red carpet and always appears so poised in any interview. Fans truly couldn’t believe her transformation when they saw her at the Spotify Best New Artist 2020 Party on Jan. 23, wearing a stunning, fitted white dress that accentuated her fit figure and curves. Ariel truly rocked it with a confidence all her own! It’s amazing to see just how much Ariel has grown up since she first joined Modern Family  in 2009. To see more of Ariel’s transformation over the years, click through the gallery above! The Modern Family series finale airs tonight, April 8, on ABC at 8 p.m.