Expect Blake Lively to pull some jaw-dropping, eye-popping glamorous looks when she and her husband Ryan Reynolds hit the 2022 Met Gala on May 2. However, in the week leading up to the fashion extravaganza, Blake, 34, kept it casual when taking a stroll with Ryan, 45. The couple recently hit the streets of New York City, with Blake rocking a black-and-white flannel, some comfy-looking sweatpants, and some sneakers. Blake left her makeup behind and looked radiant as she walked along the streets. The Gossip Girl alum carried her heavier coat since New York City temperatures have been in the late 50s/mid-60s.

Ryan kept it casual but still managed to make a fashion statement with his outfit. The Deadpool actor sported a pair of jeans, white shoes, and a ball cap. He also wore a bubblegum-pink long sleeve top with a puffy, navy-blue vest. The vibrant hue of the pink shirt drew attention to Ryan, though for most people in NYC, his was not the most outrageous outfit on the street that day. 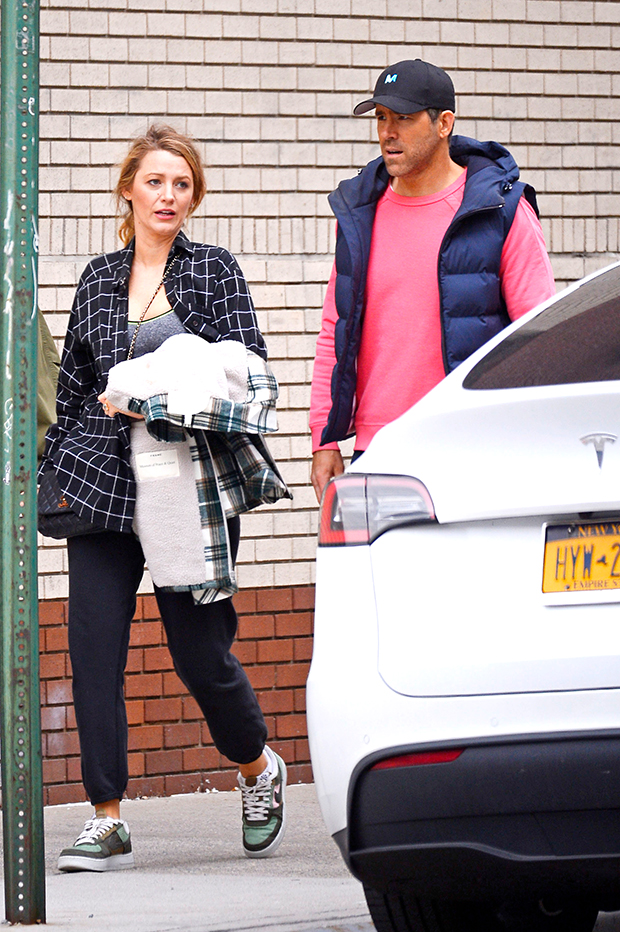 (Splashnews)This casual walk with Ryan came on the heels of Blake’s magenta minidress moment at Gigi Hadid’s birthday party. The model celebrated her 27th at the Zero Bond in New York City on April 23, and Blake was among the celebrity guests. Blake also put the “leg” in legendary since she attended the event in a minidress that showed every inch of her lengthy stems. The purple dress hugged every curve and paired well with Blake’s bright red clutch and pumps.

Fans will have to keep their eyes open when The Metropolitan Museum of Art becomes the center of the fashion world on May 2. The Gala will celebrate the second volume of the Metropolitan Museum of Art’s Costume Institute’s “In America: An Anthology of Fashion” exhibit. The nebulous theme follows 2021’s “In America: A Lexicon of Fashion” theme, which led to Rihanna and ASAP Rocky arriving wrapped in blankets, Kim Kardashian walking in a head-to-toe skintight black outfit, Billie Eilish channeling Marilyn Monroe, and other moments.

“The stories really reflect the evolution of American style, but they also explore the work of individual tailors, dressmakers, and designers,” said Andrew Bolton, the Wendy Yu Curator in Charge of the Costume Institute, per Cosmopolitan. “What’s exciting for me is that some of the names will be very familiar to students of fashion, like Charles James, Halston, and Oscar de la Renta, but a lot of the other names really have been forgotten, overlooked, or relegated into the footnotes of fashion history.”