Lady Gaga made one grand entrance on Oscars night — but not on the red carpet. The 35-year-old singer/actress extraordinaire wowed in a stunning tulle dress at Elton John’s Oscars party. She graced the Oscars party red carpet in a look that continues Gaga’s reign as a fashion queen. 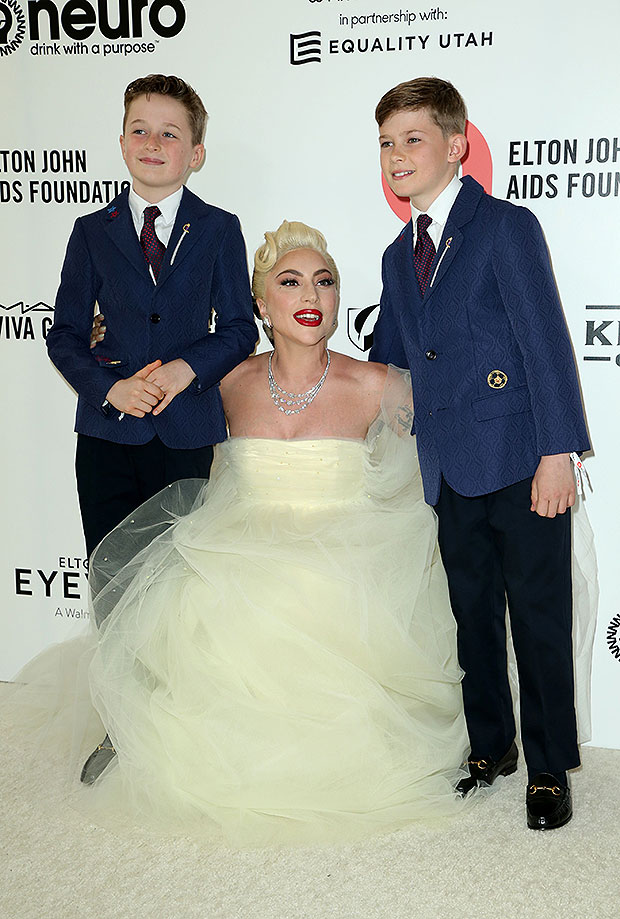 Lady Gaga at Elton John’s Oscars party. (David Buchan/Shutterstock)Her platinum blonde hair was pulled up in a sleek updo, and she topped off her incredible look with a bold red lip and a stunning diamond necklace. Her look gave off major Old Hollywood vibes. Lady Gaga actually skipped the Oscars red carpet in favor of Elton’s watch party. She sweetly posed for photos with Elton’s adorable little ones, Elijah and Zachary.

Lady Gaga is presenting an award at this year’s Oscars. Many assumed she would be a nominee after her performance in House of Gucci, but Lady Gaga was shockingly snubbed when the nominations were announced. This would have marked her second acting nomination.

Despite the snub this year, Lady Gaga is already an Oscar winner. She won Best Original Song in 2019 for “Shallow,” one of the songs featured in A Star Is Born. Lady Gaga also earned a nomination for Best Performance by an Actress in a Leading Role that year.

She stunned in an emerald green gown at the 2022 BAFTAs as well. Lady Gaga isn’t afraid to push the envelope when it comes to her red carpet looks either — and never has. At the 2022 Critics Choice Awards, Lady Gaga turned heads in a black and gold Gucci gown with a major plunging neckline.