Naomi Campbell, 51, cradles her infant daughter in a stunning new shoot for British Vogue. While gracing the cover of the magazine’s March issue, Naomi wears a black crop top and matching pants, with her daughter held tightly to her chest. The baby’s profile can be clearly seen in the image. This is the first time that Naomi has publicly shared a picture of her little one, who was born in May 2021.

So far, Naomi has kept quiet about her journey as a mother, but she’s opening up about her daughter, who is now nine-months-old- big-time in her Vogue interview. “She’s a good girl,” the model gushed. “She sleeps very well, she hardly ever cries, and I’m told she’s very alert for her age. She’s just started waving, which is fun. She laughs a lot. She’s almost talking. I think she might walk before she crawls. And she’s got six teeth already.” 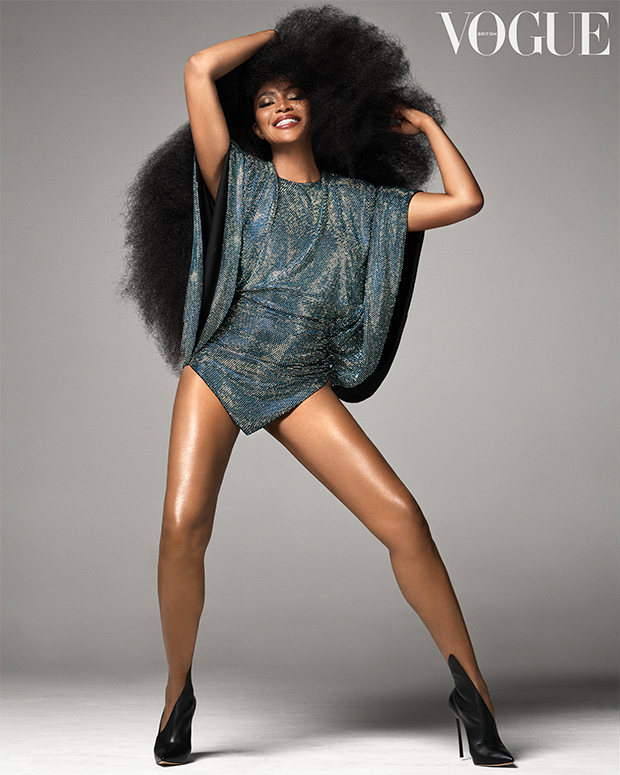 Naomi didn’t get into the specifics of the baby’s arrival, but she did confirm that her little one “wasn’t adopted.” She made it clear: “She’s my child.” Naomi is about to start working on a book, where she plans to divulge more about motherhood. However, for now, she’s decided to keep her daughter’s name private.

When Naomi announced her baby’s birth in May, it was quite a shock to almost everyone. “I can count on one hand the number of people who knew that I was having her,” she dished. “But she is the biggest blessing I could ever imagine. It’s the best thing I’ve ever done.”

Naomi also added that becoming a mom was always a dream for her, and she didn’t let her age get in the way of having the baby she always wanted. “I always knew that one day I would be a mother, but it’s the biggest joy I could ever imagine,” she shared. “I’m lucky to have her and I know that.” In fact, she said she’s been telling her older friends to take the plunge, as well. “I’m telling them all, ‘Do it! Don’t hesitate!'” she admitted. Life is definitely good for Naomi these days!

Related: Skepta: 5 Things About The Rapper Who Is Reportedly Dating Adele