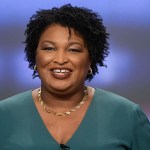 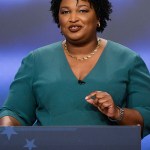 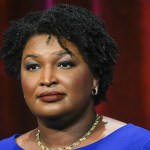 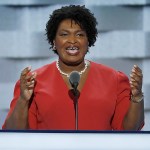 Stacey Abrams urged Democrats to get out to vote during the 2022 midterm elections during a heated interview on ‘The View.’

Stacey Abrams hammered home that Democrats need to get out to vote in the 2022 midterm elections. The 48-year-old activist, who’s running for governor in Georgia, gave a dire reminder of the importance of voting in the midterms during a Wednesday January 5 interview on The View. Abrams raised red flags about what could happen if Democrats don’t go to the polls in the midterms, when co-host Sunny Hostin asked about the progress President Joe Biden has made for Black voters, who helped him win the 2020 election. “We also need to understand that if we don’t participate in the midterm elections, the progress we have made will be very quickly undone,” she urged viewers.

While the gubernatorial candidate acknowledged that there was still plenty of work to be done, Abrams, who registered over 800,000 new voters ahead of the 2020 election, said that Biden and the Democrats in Congress have done more work for Black voters than former President Donald Trump or a Republican majority leadership would have. “So yes, good has been done. Not enough. Certainly, never enough, but more than we could have expected under the former president, and certainly more than we will get if we do not show up in November and elect Democrats who will do everything in their power to keep fighting this pandemic and to keep fighting to make this country strong and safe for everyone,” she explained.

Earlier in her response, Abrams also noted how there has been slow action to address certain issues that affect Black voters, especially voting rights legislation, but she mentioned part of that came down to the way the Senate operates. “I think that President Biden has done yeoman’s work in trying to meet the needs of this moment by investing in our communities first and foremost, ensuring that we have the resources needed to survive this pandemic. I know there’s been slow action on voting rights, but part of that is that we have a complicated system, where we have a Senate that is refusing to act, and we have to restore the Senate,” she said before mentioning Georgia’s two Democratic Senators. “That’s why I’m so excited that Jon Ossoff and Raphael Warnock are there, especially Rev. Warnock.”

During an earlier segment, Abrams also spoke about the stereotype that voters tend to elect the opposite party during the the midterm elections, and she explained what political scientists have previously pointed out. “Typically, when voters vote for the presidency, they then become disappointed, because all of the things they thought would happen in two years don’t occur with magic, and thus, in the following election—usually, the midterms—you see a decline in the turnout of the side that won and an increase in the anxiety and enthusiasm of the side that lost, and typically that swings the balance,” she explained.