Talk about buzz! Demi Lovato debuted a freshly shaved head to ring in Christmas and the New Year.

Demi Lovato, 29, looked fierce while showing off their new buzzcut on Instagram on Friday, Dec 24. Looking for a fresh start, the “Confident” singer decided on shedding their locks for their end-of-year hair makeover, which was revealed in an artistically glitchy video clip.

Demi — who identifies as non-binary and uses “they/them” pronouns — certainly looked cut out for the edgy look, which they rocked with gold earrings, dramatic brows, and a black blazer worn open to reveal a hint of cleavage. Crediting the artist responsible for the post, Demi captioned the video saying, “Shot on FaceTime Angelo Kritikos” along with the hashtag #FreshStart.

This isn’t Demi’s first makeover of 2021. The Sonny With A Chance star debuted a fringey black mullet back in mid-June that was enough to make Joan Jett jealous. Before that, the singer rocked a pastel pink pixie cut during the Celebrating America special in Jan. 2021 commemorating President Joe Biden’s inauguration. 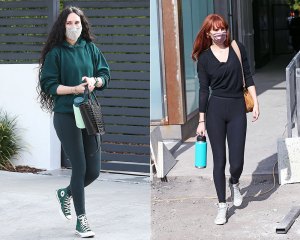 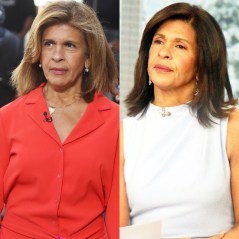 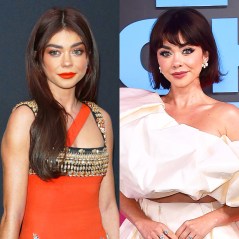 Demi explained why they chopped their hair short back in Apr. 2021 while appearing on The Drew Barrymore Show, explaining how they were trying to shed their “sexy feminine pop star” image. “I cut my hair because I just wanted to free myself of all of the gender and sexuality norms that were placed on me as a Christian in the South. And when I cut my hair I felt so liberated because I wasn’t subscribing to an ideal or belief placed upon me to be something that I’m not. And now that I’m owning who I am, I feel the happiest I’ve ever felt and that’s because I’m being honest.”

The singer’s makeover comes after they renounced their previous “California Sober” lifestyle, which saw the star embracing alcohol and marijuana in moderation. Demi survived a near-fatal drug overdose in March 2018 and has been vocal about their recovery since. Taking to Instagram on Dec. 2, they said, “I no longer support my California sober ways. Sober sober is the only way to be.”