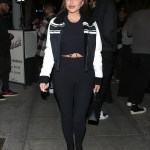 On the first episode of the ‘RHOM’ reboot, Larsa Pippen said that she’s doing ‘great’ in the aftermath of her fallout with the Kardashian clan.

Larsa Pippen is doing just fine as an ex-friend of Kim Kardashian‘s. The 47-year-old briefly addressed the deterioration of her friendship with Kim, 41, as well as her divorce from her NBA star hubby, Scottie Pippen, 56, on the season 4 premiere of The Real Housewives of Miami, streaming now on Peacock. “People thought I wouldn’t make it without Scottie. People thought I couldn’t make it without some old friends,” Larsa told a few of her co-stars over drinks. After Larsa made the “old friends” remark, an old image of her and Kim flashed onto the screen. “I’m great. I just basically want to, like, live my best life, have fun, do whatever I want unapologetically,” she added.

Also during the conversation, Larsa explained that she’s been attempting to “stay low profile” after all her public drama. She didn’t say more about her falling out with Kim, but she did divulge more information about her divorce from Scottie, with whom she shares four kids. “Everything has been finalized for a while. But it’s just taken so long because we’ve had to separate all of our assets. All of our stuff. And I feel like it’s probably a good thing because I felt so much guilt. Like, I put so much into my marriage but it just wouldn’t get better.”

Larsa’s had some major life changes go on the past few years. Aside from the end of her marriage, the Bravo star also fell out with Kim last year. While on Hollywood Raw Podcast in November 2020, Larsa insinuated that Kim’s then-husband Kanye West contributed to the end of their friendship, accusing the rapper, 44, of “brainwashing” Kim. “I just feel like Kanye was in a place where he really didn’t trust anyone with Kim,” she said. 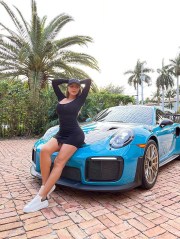 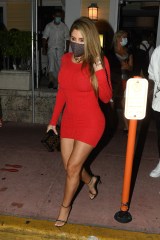 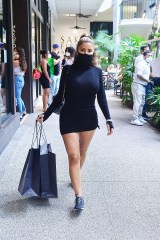 Only the first two episodes of RHOM are streaming so far, but as the drama-filled trailer showed, Kim will be brought up again during the season. At a dinner party, Adriana de Moura, 56, brutally declares that Larsa will never be like the SKIMS billionaire. “You left this group of women, come back with a butt as big as Kim Kardashian’s, trying to become the new Kim Kardashian, which you’re never going to be,” she said. A source close to the show’s production also previously told HollywoodLife EXCLUSIVELY that Larsa “will openly be discussing” Kim and the rest of the Kardashian clan on RHOM. “She wasn’t afraid to be open and honest about what happened,” the source said. “She isn’t afraid of them either.”