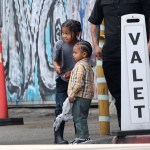 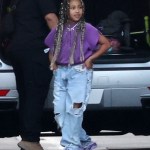 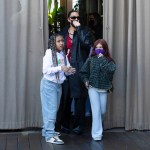 North West, 8, seemed like she was loving big sister duty while playing dolls with little sister Chicago, 3, on Dec. 13. North — Kim Kardashian and Kanye West’s eldest child — narrated the scene, leading the dolls from the family’s lavish Christmas tree to “the park”, which was just another well-decorated corner of the house. In the mirror, you could catch a glimpse of a smiling Chicago, who was all bundled up in her PJs. The dolls celebrated the end of their adventure by treating themselves to some Jolly Ranchers, which were promptly returned to the candy dish. “We’re having so much fun,” North wrote in the caption.

We’re having so much fun🤩

The sister’s social media post comes after North was seen looking fashionable at her dad’s Free Larry Hoover concert on Dec. 9. There, she rocked a faded blue sweatsuit and braids along with two buddies who were dressed to match. Brother Saint, 6, was also in attendance, clad in a similar comfy look.

While the Kanye concert was a family affair, Kim recently filed paperwork requesting she be declared “legally single” and be allowed to drop the “West” from her name. Still, Kanye is hoping he can win his estranged wife back. At his concert, he sang an emotional rendition of his song “Runaway” where he begged, “Baby, I need you to run right back to me…more specifically, Kimberly.” 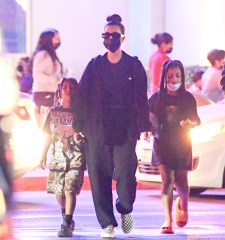 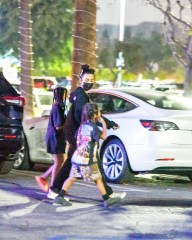 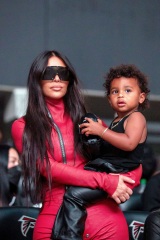 The Donda rapper was still referring to Kim as his wife back in Nov. 4 during an appearance on the Drink Champs podcast with N.O.R.E. and DJ EFN. “I ain’t never even seen the papers, we’re not even divorced,” he said during the two-hour interview. He added, “That ain’t no joke to me. My kids want their parents to stay together. I want … us to be together…SNL making my wife say ‘I divorced him’ on TV because they just wanted to get that bar off.” Kim filed for divorce in Feb. 2021, citing irreconcilable differences as the reason for their split.