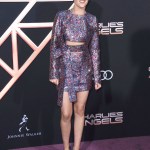 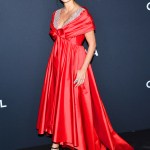 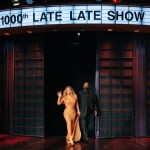 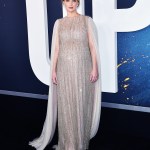 If there’s one thing for sure about Mariah Carey, 52, it is that she loves nothing more than a sequin dress. So, it was only natural for her to wear a sparkling gold gown for her first in-person appearance in almost two years. Mariah was the special guest on James Corden’s, The Late Late Show, on Dec. 8, marking the 1,000th episode of the show. It was a special occasion, considering Mariah was the very first celebrity to perform with James on his Carpool Karaoke skit.

For her appearance, Mariah opted to wear a sleeveless, skintight gold sequin gown with a plunging neckline that revealed ample cleavage. The bodice of the dress was skintight and featured ruching across her waist. Meanwhile, the bottom half of the dress was super slinky and thin, flowing perfectly against her frame. 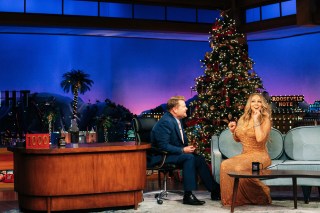 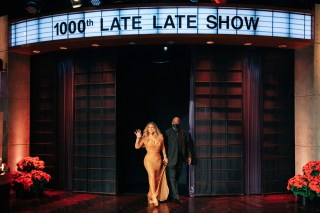 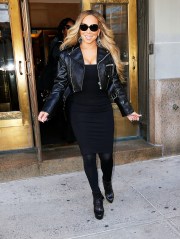 Mariah accessorized her bedazzled look with a pair of sky-high crystal-encrusted gold platform pumps, layers of diamond bracelets, and massive diamond hoop earrings. As for her hair, she had her long, honey blonde locks down and parted in the middle in effortless beach waves.

While this was Mariah’s first in-person appearance in quite some time, we were lucky enough to catch a glimpse of her on social media, right after Halloween when she posted a video of herself wearing a sequin red dress while smashing pumpkins to get ready for Christmas. In the video, Mariah rocked a tight long-sleeve sequin gown with a plunging slit on the back that revealed her sky-high red sparkly heels.

Mariah showed up in the video wearing her long-sleeve gown while holding a massive candy cane bat before the video transitioned into Mariah wearing a skintight red sequin jumpsuit that resembled Santa Claus.