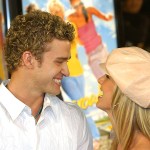 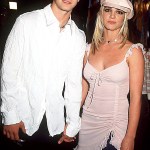 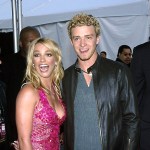 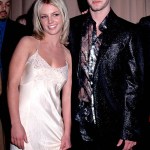 The popstar showed off an interpretative dance set to JT’s ‘Blue Ocean Floor,’ and wrote that she’s excited for the New Year.

Britney Spears was radiant, as she danced along to her ex-boyfriend Justin Timberlake’s 2013 song “Blue Ocean Floor” in a new Instagram video on Monday November 29. The “Toxic” singer performed flowing dance moves along with the atmospheric and calming track. She also danced to a snippet of Billie Eilish‘s “Ilomilo” towards the end of the clip, where she looked like she was having so much fun.

In the clip, Britney, 39, looked gorgeous in a white crop top with a red snake design on it, and based on the caption, she seemed excited to show it off! She also wore yellow short-shorts with red flowers all over them. She seemed like she had a great time after the holiday weekend and was looking forward to what 2022 has in store. “I wanted to feel graceful yesterday …. I’m on a diet for a while …. after gobble gobble day,” she wrote in the caption. “So excited for the New Year.” Throughout the caption, Britney also asked for people’s opinions on fasting, and mentioned how she felt like it was difficult but rewarding. “I like challenges they bring value,” she wrote. “What do you value in your life and how do you want to do better as a person in the future?”

Britney and Justin, 40, dated for three years from 1999 until 2002, after originally meeting as cast members of The Mickey Mouse Club in 1992. Justin publicly showed support for his ex in June 2021, amid the singer’s conservatorship battle, and he called for her to be released. “Regardless of our past, good and bad, and no matter how long ago it was… what’s happening to her is just not right,” he wrote in a tweet.

Justin’s support for Britney came months after he also released a statement apologizing to Britney and Janet Jackson in February 2021, when he received criticism for not publicly supporting the two women. ““I specifically want to apologize to Britney Spears and Janet Jackson both individually, because I care for and respect these women and I know I fail,” he wrote. More recently, a source close to the singer revealed to HollywoodLife on November 23 that he “would love to talk to Britney if Britney wanted to talk to him.”