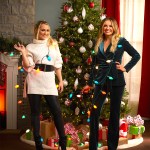 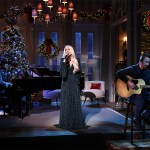 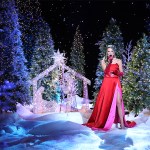 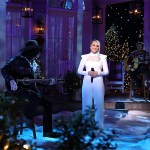 While performing with her band, Pistol Annies, at ‘CMA Country Christmas,’ Miranda Lambert brought some flair with her black top that was decorated in flirty silver fringe.

Miranda Lambert took the stage with the ladies of Pistol Annies to give a performance at CMA Country Christmas on Nov. 29. The ladies sang their original song “Snow Globe,” which was featured on their Oct. 2021 Christmas album, Hell of a Holiday. All three ladies wore coordinating black outfits for the performance, as they sang in front of a backdrop of Christmas trees that sparkled with glistening lights.

Miranda wore high-waisted black pants and a black top with silver fringe detail. The low-cut top had fringe across the entire front, and Miranda completed her look with her hair styled in loose waves. Meanwhile, Ashley Monroe wore a long black gown with a halter-style neckline. The dress was outlined in silver beading and had a sexy, thigh-high leg slit. Finally, Angaleena Presley stood front and center in a sequined black mini dress.

Hell of a Holiday was the trio’s first holiday album, and featured three covers, as well as ten brand new, original songs. Several of the original tracks featured the Pistol Annies’ no-nonsense lyrics and were a perfect representation of the group. Hell of a Holiday was the band’s first album since 2018’s Interstate Gospel, although Miranda has been working on a lot of solo music since then. 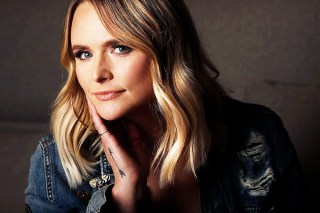 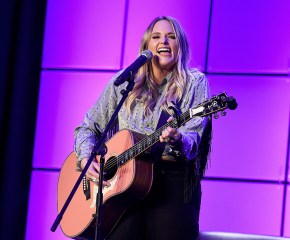 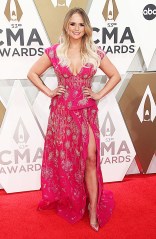 In 2019, Miranda released her heavily-awarded album, Wildcard. Then, during the coronavirus quarantine, she recorded a collaborative album, The Marfa Tapes, with Jack Ingram and Jon Randall. The record was released in May 2021 and received a Grammy nomination for Best Country Album. Miranda’s collaboration with Elle King, “Drunk (And I Don’t Wanna Go Home)”, also scored a Grammy nod for Best Country Duo/Group Performance. The winners will be announced on Jan. 31, 2022.