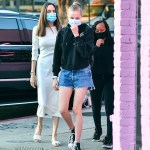 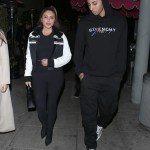 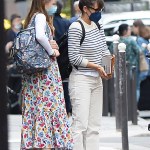 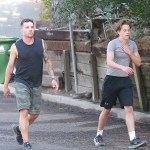 Kendra Wilkinson’s 11-year-old son looked so grown up (and so tall!) in new photos that the model shared from Thanksgiving.

Kendra Wilkinson, 36, celebrated Thanksgiving on November 25 by sharing rare photos of her two children, who are so grown up. The actress/model took to social media to post sweet snaps of herself posing with son Hank IV, 11, and daughter Alijah, 7, both of whom she shares with ex-husband Hank Baskett. Kendra’s photos were so cute, but what stood out most about the snapshots was how tall Hank IV has gotten. The soon-to-be teenager even towered over his famous mother in one of the pics!

Kendra and her kids celebrated Turkey Day with her best friend Jessica Hall, who joined in for two of the photos that Kendra posted. In one pic, Kendra and Jessica smiled for a cute selfie while holding wine glasses. Then, Jessica gave Hank IV a giant hug that was captured by Kendra. Once again, Hank IV looked remarkably tall in his photo with Jessica. Kendra’s kids really are growing up so fast!

The former Girls Next Door star said she was “Thankful today” in her caption alongside the Thanksgiving photos. Kendra has been co-parenting both her kids with her ex-husband, whom she was married to from 2009 to 2018. Earlier this year, Kendra revealed to Us Weekly how sharing custody of her kids with the former NFL star is going.

“We are [in a better place]. Time heals all,” she told the publication. “My kids are at that age where we can do things they come up with. It works. Hank Jr. is 11 and a good kid, he teaches me a lot about whatever he is into, and we have a very good relationship. My daughter is tough, but she is exactly like me. I feel like the quarantine was an extended version of mom and kid time. It was good for all of us.”