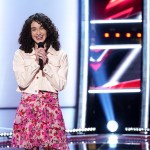 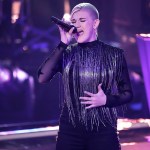 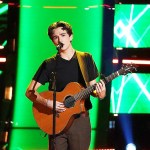 Team Blake Shelton singer Wendy Moten suffered a scary moment while performing on ‘The Voice’ on Tuesday, tripping over speakers and falling during the live broadcast.

During The Voice‘s live Top 10 results show on Tuesday, contestant Wendy Moten suffered a scary moment on stage: she tripped and fell and appeared to injure herself during the broadcast. The Team Blake Shelton singer was performing with her other teammates, Lana Scott and Paris Winningham, on Nov. 23 and fell to the ground after tripping over speakers as she and the other two singers were walking off stage.

As the moment aired, the cameras cut away while host Carson Daly attempted to let fans know what was happening on stage and quell the worry around the incident. “Unfortunate moment for Wendy Moten, who is walking off and we hope she’s OK,” Carson stated as Wendy was helped off stage by her coach and fellow teammates.

Ok so this just happened on the #TheVoice I hope #Wendy is ok after her #Fall#NBC pic.twitter.com/v6Ra0iMIdY

After the commercial break, Wendy returned by Carson’s side to let fans know she was just fine. “I’m OK, I’m a little bruised, but you know what? I’m still ready to go!” she exclaimed. Despite her tumble, Wendy was lucky to have made it to the Top 10 and will continue in the competition.

'The Voice' Season 20: Photos Of the Contestants, Coaches & More 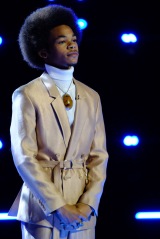 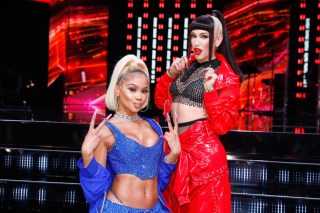 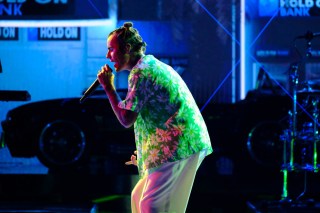 Fans were quick to show their support for Wendy on Twitter, flooding the feed with their praise for the singer despite her blunder. “WENDY IS OKAY” a fan wrote in all caps, signifying their support of the contestant with a GIF of a woman sighing in relief. “Glad #WendyMoten is OK after that tumble on #TheVoice! Carson Daly handled it very professionally,” another fan gratefully exclaimed. “I’m so glad your [sic] ok @WendyMoten & coming back with a bang! We love you! TeamBlake!” an additional follower stated in gracious support.

In addition to her doting fans, coach Blake has continuously shown his support for the 56-year-old, recently praising her after her Nov. 22 performance of “I Will Always Love You” — a rendition that earned a standing ovation from all four coaches. “I’m gonna say this, and I’m probably gonna catch a lot of heat for it, but I don’t care,” Blake gushed after her performance, per ET. “I’ve been doing this show for 21 seasons, as a a coach, and there is nobody that I want this more for, ever, than you. You deserve this.”