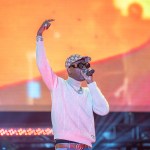 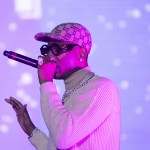 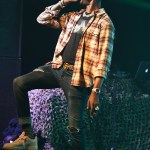 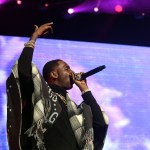 A day after Young Dolph was cut down in a horrific shooting, his longtime partner, Mia Jaye, gave thanks for all the ‘love’ and ‘support’ during this heartbreaking time.

“Thank you to everyone for all of your prayers, love, support, calls [and] messages. I may not see them all, but when my eyes are not full of tears, I catch a few,” Mia Jaye posted to her Instagram story on Thursday (Nov. 18), one day after her longtime boyfriend, Young Dolph, was shot and killed outside a cookie shop in Memphis, Tennessee. He was 36. The killing sent a ripple throughout the hip-hop world and left Mia devastated. “Nonetheless, all the genuine positive vibes, energy, and prayers welcomed… because Lord knows I need them,” she added.

Mia shares two children with Dolph: a daughter, Ari, and a son named Tre. Before she posted her message of gratitude, she shared an Instagram Story of Dolph playing with Ari. “Question is… How am I ever going to tell my babies that daddy is never coming home?” she captioned the heartbreaking clip. In the following slide, she wrote, “God give me strength… Adolph, I love you with all my heart and soul.”

Young Dolph (b. Adolph Robert Thornton Jr.) was shopping at Makeda’s Butter Cookies on Wednesday (Nov. 18) when a car drove up to the bakery. According to pictures obtained by FOX13 of the incident, two suspected shooters got out of the vehicle, stood in front of Makeda’s, and opened fire. One of the alleged shooters carried what appeared to be a semi-automatic rifle, while the other aimed a handgun into the store. Before he went to the bakery, Young Dolph stopped at a local gas station to fill up, and footage showed the rapper wearing a yellow t-shirt and jeans. Sadly, this soundless clip would be the last footage recorded of him alive.

“This shooting is another example of the senseless gun violence we are experiencing locally and nationwide. Our hearts go out to the Thornton family and all who are affected by this horrific act of violence,” Memphis Police Chief Cerelyn “CJ” Davis said after Dolph’s shooting, per CNN. “Tonight we strongly encourage everyone to stay home if you do not have to be out. We also strongly encourage everyone to remain calm as we actively perform our investigation.” The police chief said that the department is “committed to working with the community to stop the senseless murders” and that they are also dedicated “to bringing those responsible for today’s shooting and others to justice.”