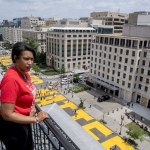 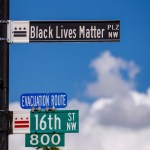 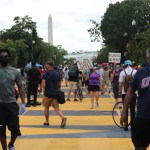 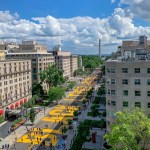 A Wisconsin jury found Kyle Rittenhouse not guilty on all counts, including three homicide charges, after his legal team argued that he fired in self-defense.

After the long-awaited trial of Kyle Rittenhouse, a jury found him not guilty on all counts on Friday November 19 after he shot three men in Kenosha, Wisconsin amid the Black Lives Matter protests against police brutality. Rittenhouse, 18, was teary-eyed as the jury delivered the verdict. The ruling drew anger from many who felt that Rittenhouse got off easy, while a few celebrated the verdict on Tuesday November 16. Stars like Sophia Bush made it clear that they were angered that he was found not guilty. “The miscarriage of justice today is enraging. This is white supremacy in action. This is hideous,” she wrote. Jameela Jamil tweeted about the “dangerous precedent” that the verdict could set.

The miscarriage of justice today is enraging. This is white supremacy in action. This is hideous. He murdered people, bragged about it while throwing white power signs in a bar, and then manufactured tears to claim that despite his AR-15 HE was in danger. And he got off. Unreal. https://t.co/JnNsyQSLMu

Disgusted. And what a dangerous precedent to set. (Or upkeep, really) They’re going to make him a cop aren’t they? https://t.co/Ns7qRgQ411 pic.twitter.com/dlHHijExPo

Before the verdict was read, the judge warned those in the courthouse not react to the verdict and said they’d be “whisked” out if they reacted. After the verdict was reached, Judge Bruce Schroeder thanked the jurors for their work. “Without commenting on your verdict, just in terms of your attentiveness and the cooperation that you gave to us, justifies the confidence that the founders of country placed on you,” he said. “You’re never under any obligation to discuss any aspect of this case with anyone.”

Following the trial, many stars like Alyssa Milano and Kathy Griffin were outraged by the outcome. Alyssa shared a video of herself watching the verdict, and gasped when the “not guilty” was announced. Flavor Flav posted a video of himself on Instagram and called the verdict “bulls**t.” Josh Gad tweeted about how it sets a dangerous precedent for other vigilantes to take action into their own hands. “It has now been put it out there [sic] that vigilantes can just go and kill people protesting issues like racial equality whenever they want  and get away with it,” he wrote. Patti LuPone wrote that she’d “lost the definition of right and wrong.” 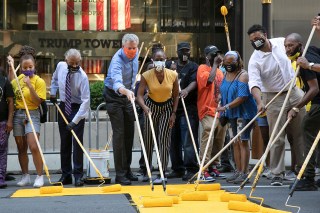 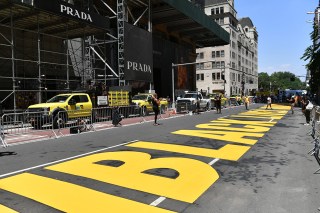 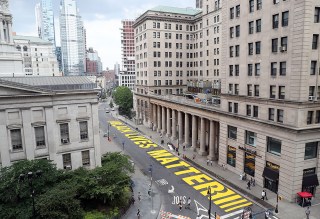 The Rittenhouse verdict gives them permission to kill. I've lost the definition of right and wrong.

It has now been put it out there that vigilantes can just go and kill people protesting issues like racial equality whenever they want and get away with it. Think about that for a second.

Ana Navarro pointed out how the ruling was a “Stark reminder of inequity,” and she pointed to cases where Black people had received harsher outcome than white people, noting Tamir Rice who was killed at age 12, while holding a toy gun. Colin Kaepernick called for a systemic overhaul in light of the verdict. “We just witnessed a system built on white supremacy validate the terroristic acts of a white supremacist. This only further validates the need to abolish our current system. White supremacy cannot be reformed,” he wrote in a tweet.

Rittenhouse killed two men w/an AR-15. Found not guilty.
Tamir Rice was shot by police for having a toy gun.

Christopher Belter raped 4 girls. Given no jail time.
Two men were exonerated after serving decades for Malcom X murder they did not commit.

This only further validates the need to abolish our current system. White supremacy cannot be reformed.

While many people were angered at the verdict, a few conservative media personalities, like Candace Owens, showed some excitement for Rittenhouse.  Newsmax host Grant Stinchfield tweeted a video of himself advising Rittenhouse to sue media outlets “that called [him] a white supremacist.” He wrote, “They did the right thing.” Former OANN correspondent Jack Posobiec wrote “God bless America” in a tweet.

Rittenhouse was facing homicide charges connected to the deaths of Joseph Rosenbaum and Anthony Huber, via The Associated Press. Other charges included recklessly endangering safety with a weapon in connection to the two deaths. He was also facing an attempted first-degree intentional homicide charge for shooting Gaige Grosskreutz, who survived. Kyle was 17 at the time of shootings, and he also had counts of possession of a dangerous weapon by a person under 18 and failure to comply with an emergency order from state or local government brought against him, but both were thrown out by the judge. The defense and prosecutions closing arguments tried to show whether or not Rittenhouse had acted in self-defense, via CBS News.