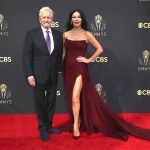 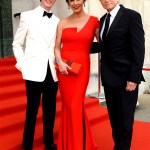 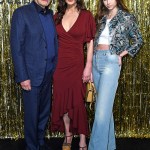 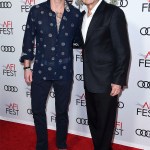 On Nov. 18, Michael Douglas and Catherine Zeta-Jones celebrated 21 years of marriage, and he posted a touching tribute for her on Instagram in honor of the occasion.

Michael Douglas and Catherine Zeta-Jones have beaten the Hollywood odds and hit the 20+ year stretch of marriage. The lovebirds tied the knot on Nov. 18, 2000, which means that they celebrated their 21st anniversary on Nov. 18 of this year. Michael took to Instagram on the early hours of the morning to share a video tribute to his wife, which you can see here. The montage features photos of them on their wedding day and then through the years. From red carpets to personal photos, the footage gives a true glimpse into the pair’s long-lasting relationship.

“Happy anniversary my darling Catherine!” Michael wrote. “I love you so much. #21 years.” He also included a red heart emoji to show his love. Michael and Catherine, who are exactly 25 years apart, met in August 1998 and subsequently began dating. They got engaged on New Year’s Eve of 1999 and were married nearly one year later. Although the two briefly separated in 2013, they have been going strong ever since.

Catherine Zeta-Jones Through The Years 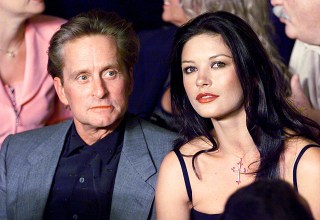 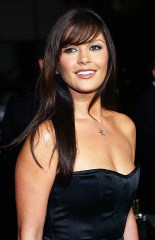 The famous actors share two children together, as well. Their son, Dylan Douglas, who was born in Aug. 2000, is 21-years-old, and their daughter, Carys Douglas, born April 2003, is 18. Earlier this year, the family celebrated a major milestone when Carys headed off to college. In honor of the occasion, Catherine posted a throwback video to remember her daughter’s youth. “Very cute alert!!!” she wrote. “The road to higher education begins on the bathroom floor, with limited teeth (thus the lisp) and a passion for books. Carys is packing her bags and I’m looking at old videos. Don’t tell her I posted this.”

As for how Michael and Catherine have made their love last after nearly 25 years together, Catherine said earlier this year, “The constant is love and respect. We’ve never ever lost our sense of humor and we enjoy each other’s company.” She also credited the amount of time they’re able to spend together to helping their relationship work. “We’ve had in our relationship, huge amounts of times where we’ve been just us,” she explained. “We lived on the island of Bermuda for 12 years bringing up our kids. We respect each other’s space and our humor is just long-lasting.”