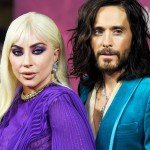 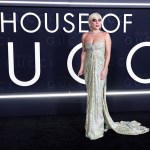 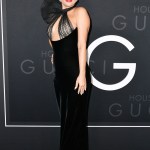 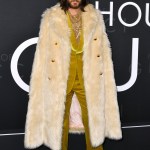 Lady Gaga looked glam in a custom Giorgio Armani halter gown at the premiere of ‘House of Gucci’ in New York.

Father, son and house of Giorgio Armani: Lady Gaga dazzled in a custom Armani velvet gown at the premiere of House of Gucci in New York on Tuesday, Nov. 16. The singer, 35, looked like Hollywood glamour personified in the ensemble that featured a tulle and crystal halter top. The pièce de résistance? An extravagant, oversized bow situated on her neck.

The Oscar winner finished her look with opulent jewels (earrings, a bracelet, and a ring) from Tiffany & Co. She held her blonde hair back, opting for a bold red lip. Gaga stars as Patrizia Reggiani, the Italian socialite who was famously convicted for hiring a hit man to kill her ex-husband Maurizio Gucci, former head of the Gucci fashion house, in House of Gucci, in theaters on Nov. 24.

The Ridley Scott-directed crime drama marks the star’s follow-up performance to her award-winning turn in A Star is Born in 2018. Adam Driver, Jared Leto, Salma Hayek, and Al Pacino, among others, also star in the film. In an interview with Good Morning America that aired on Tuesday, Gaga opened up about her process of embodying Patrizia, nicknamed “The Black Widow,” and explained why she chose not to meet with her real life counterpart. 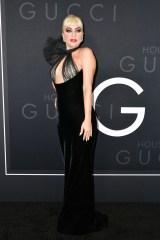 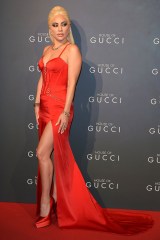 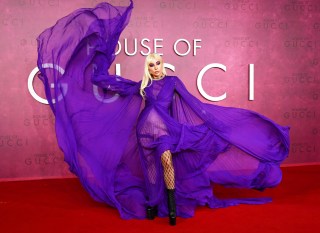 “There was a lot that was in the media that was sensationalized about how she was this gold digger and about how she killed for greed and money,” she said. “I believe it was love, and I believe it was survival.” She explained of not meeting with the socialite, “I didn’t wanna meet her because I could tell very quickly that this woman wanted to be glorified for this murder, and she wanted to be remembered as this criminal.”

She added, “I didn’t wanna collude with something that I don’t believe in. You know, she did have her husband murdered.” Gaga instead focused on doing her own research and perfecting her Italian accent. “I was just in Milan the other day doing a television show, and I had the most wonderful time with Fabio, who did my interview,” Gaga said. “When he told me that he was so impressed with my accent and that Italian people were impressed with my accent, I couldn’t think of a higher honor.”