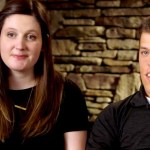 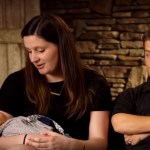 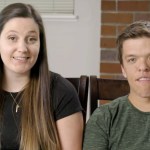 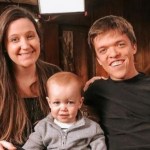 Amy Roloff is hit with an unexpected loss before her wedding. In this EXCLUSIVE ‘Little People, Big World’ wedding special, Amy reveals that her beloved dog Felix has died.

Amy Roloff has been in the midst of planning her wedding to Chris Marek. One thing she did not expect was her dog Felix to get sick out of the blue. Amy opens up about saying goodbye to her dog in this EXCLUSIVE preview of the Little People, Big World wedding special, airing November 9.

“It’s been a tough day, tough morning,” Amy admits in our EXCLUSIVE preview. “Felix suddenly wasn’t feeling very well about a day and a half ago and, you know, you just think it’s a simple thing. Then yesterday he gradually went downhill, so I took him to the emergency vet hospital and they pretty much said he’s pretty far gone.”

Amy begins to cry. “I just made the choice just to let him go,” Amy says. “He’s just a little older than 5 years. I just thought we’d have a little more time with him.”

Chris is by Amy’s side comforting her during this difficult time. Amy notes that she got Felix “just before” she met Chris. Felix came into her life at a turning point when she was getting divorced, finalizing the sale of the house, leaving the farm, and more.

“It’s amazing what an animal can do in your life,” Amy says. “I’m just so shocked how quick it happened.” Chris admits that he and Felix “became buddies.” However, he says that they’ve got to “keep going forward” as the wedding gets closer.

Amy will marry Chris in the highly-anticipated Little People, Big World: Amy & Chris’s Happily Ever After special, which airs November 9 at 9 p.m. on TLC. The special follows Amy and Chris’s journey down the aisle. From renovations at Roloff Farms to Amy’s worries her father’s health problems will prevent him from walking her down the aisle, the special is full of ups and downs.