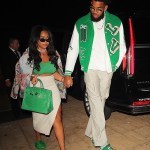 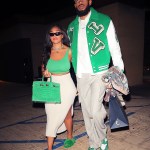 Karl-Anthony Towns & Jordyn Woods are seriously couple goals as he revealed in an interview that she changed his life.

Karl-Anthony Towns, 25, and Jordyn Woods, 24, are doing better than ever as a couple and they revealed how much they mean to each other in an adorable new interview. The lovebirds did a joint GQ Couples Quiz, where Karl opened up about how Jordyn changed his life and how much they’ve helped one another in their relationship.

Karl then jokingly revealed that now he loves sushi thanks to Jordyn, as he admitted, “And after about four times of going to Nobu and like not eating anything, and only maybe having like the fried chicken or the chicken teriyaki with rice, I finally said, ‘You know what, let me try that yellowtail jalapeño’ and ever since then, it’s changed my life.” 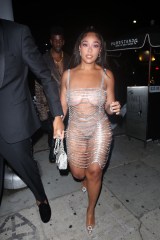 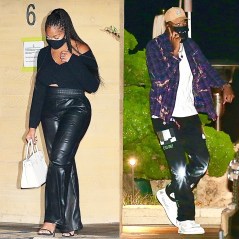 The couple has been dating for one year as they transitioned from friends to boyfriend and girlfriend in May. Since going public, the duo has been open to the public about how much they love each other.