Even though Becca Kufrin broke his heart on ‘BIP,’ Thomas Jacobs had no hesitations when it came to getting back together post-show. Plus, is an engagement in their future? He gave us all the scoop!

Becca Kufrin and Thomas Jacobs are living in bliss after rekindling their romance following Bachelor in Paradise. “Life’s amazing,” Thomas gushed to HollywoodLife EXCLUSIVELY at the Movember X Barry’s charity event to kick off the month of Movember and raise awareness for men’s mental health. “Life’s good. It’s a weird, new normal and I wouldn’t trade it for anything.”

Thomas and Becca met while filming season seven of Bachelor in Paradise in June. They were a strong couple on the show, but before fantasy suites, Becca began having doubts that the relationship was “too good to be true.” She wasn’t ready to get engaged, so she broke things off with Thomas before leaving the beach. However, during the show’s Oct. 5 finale, they revealed that they had gotten back together post-filming.

Now, Thomas reveals how it all went down. “Becca reached out,” he explained. “It was something I was hoping [for]. I left in a vulnerable place, leaving my faith somewhat in her hands because I knew what we had. I was rewarded for that and it was something that, right when we re-connected, we didn’t skip a beat. The person who she saw on the beach was the person who she saw in real life. We both got the clarity and answers that we needed and realized that we wanted to be with each other.” 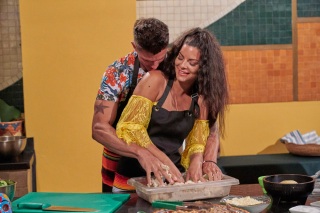 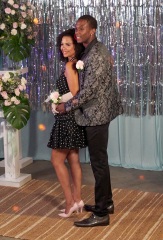 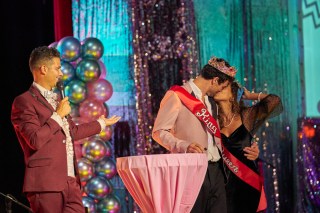 Thomas said that he and Becca got back together “immediately” after she reached out to him. “It was right where we left off and it’s growing every day since then,” he said. “Since then, we’ve probably spend no more than five days apart and it’s been awesome.” For the 28-year-old, there was no hesitation about taking Becca back. “I had zero fear in my body,” he admitted. “I was just 100 percent focused on the relationship I wanted and the person who I wanted to be with.”

As for a future engagement, Thomas played coy — but it definitely seems to be in the cards! “If I was a betting man, I would not put money against that,” he told us. However, despite the buzz from Bachelor Nation, he’s not feeling pressure to take the next step. “This feels like the most healthy, normal relationship I’ve ever had,” he admitted. “It’s just a little more people who are invested in it. But at the end of the day, that doesn’t matter to who we are. That doesn’t impact our relationship. We’re just normal people living normal lives.”
For now, Thomas and Becca still have their own homes — she has one in L.A., and he has one in San Diego — so they’re living between both place. “It’s as close as living together without living together,” he revealed. “She has multiple closets at my house. I have stuff at her house. You know it’s official when you have toothbrushes at each other’s places!”