Blanket Jackson, who now goes by Bigi, spoke about how he’s carrying on his late father’s legacy by using his platform for climate change awareness.

Over a decade after Michael Jackson‘s death, the late pop star’s 19-year-old son Blanket “Bigi” Jackson is helping spread awareness about climate change. Bigi, who was born Prince Michael Jackson II, spoke about climate change and the COP26 summit in a rare interview with Good Morning Britain on Oct. 31 at his brother Prince Jackson‘s Thriller Night Halloween Party in California, which raises funds for the Heal Los Angeles Foundation. “I do think it’s important that we all know about it,” Bigi said about climate change. “I think we have some work to do but our generation knows how important it is.”

Bigi, formerly known as Blanket, is using his voice to call on world leaders to tackle the problem of climate change as COP26 begins. pic.twitter.com/920Zlk4usK

The Thriller Halloween Party took place at the Jackson family’s mansion in Calif. 24-year-old Prince hosted the party, and sister Paris Jackson, 23, was also in attendance. During the interview, Bigi spoke about how he and his siblings are continuing to carry on their father’s legacy. “There’s a lot of history in this house and the studio here,” Bigi told GMB. “That’s what he was all about. That’s what each of us want to do and make things that people can enjoy and hopefully benefit their lives.”

Bigi was born to an unknown surrogate in February 2002. He gained notoriety as a child, in part because of his unique nickname Blanket, though he now goes by Bigi. Unlike his older siblings, Bigi has mostly stayed out of the spotlight, but he’s occasionally seen out and about.

Michael Jackson Through The Years -- Photos 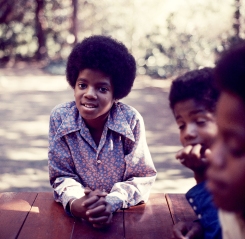 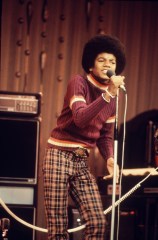 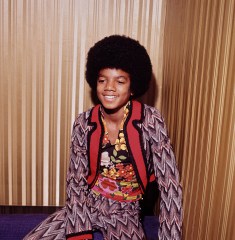 While Bigi tends to be private and low-key, he did make a public appearance on the first episode of a YouTube movie review show on his older brother’s channel in 2019. The two were discussing Avengers: Endgame along with their cousin Taj Jackson. Bigi is very close with his siblings, and he even attended Prince’s graduation in 2019. At the time, a source close to Jackson told HollywoodLife that Prince was helping Bigi embrace public life a bit more.

“Prince has really taken his brother under his wing and is his main role model,” the insider said. “Prince really protects his brother as they have a real close bond. They go through life as a team.”