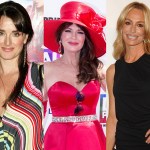 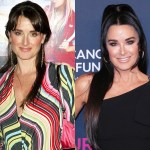 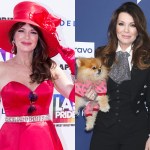 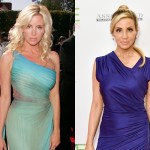 Reality TV star Dorit Kemsley was reportedly at home with her two young children when three men broke into her Los Angeles mansion and held her at gunpoint.

Bravo reality star Dorit Kemsley, 45, was the victim of a home invasion and robbery at her Encino Hills mansion on October 27. Los Angeles Police have confirmed to HollywoodLife that the Real Housewives of Beverly Hills star’s house was broken into by three male intruders around 10.50pm. According to The Daily Mail, who were the first to report the news, Dorit and her two children Jagger, 7, and Phoenix, 5, were sleeping at the time the men broke in.

The outlet claimed that the intruders smashed through the children’s classroom door, and walked into Dorit’s bedroom, where she was held at gunpoint. “Don’t hurt my babies. Don’t kill me,” she allegedly begged the intruders. “I’m a mother.” One of the men allegedly responded, “Kill her.” A spokesperson for LA Police told HL that no arrests have been made and would not confirm reports that she was held at gunpoint.

Dorit noted in an Instagram post on October 30 that she and her kids weren’t harmed during the incident. “As you all know by now I have been through a terrifying ordeal, one that no parent or person should ever have to experience,” she began. “I’ve received so many messages of love and support and I thank you all from the bottom of my heart. It’s truly overwhelming. My kids are unaware of what happened, they slept through it and I thank God for keeping my kids and myself from being physically harmed.”

The thieves allegedly tore apart her house for 20 minutes before escaping with all of her jewelry and handbags. After they left, the reality star contacted police and her husband, Paul “PK” Kemsley, who was in London at the time. A representative for Dorit did not return HollywoodLife’s request for comment by the time of publication.

Dorit’s glamorous life has been showcased for years on RHOBH, however Million Dollar Listing Los Angeles’ David Parnes, who is helping her sell her current home, revealed she owns more clothes than diva Mariah Carey! “Finding her her house was not an easy thing,” David told HollywoodLife during an episode of TVTalk on Instagram Live on Sept. 3. “Because Dorit needs a huge closet because she has more clothes and more glam than I think I’ve ever seen in my whole life. More than Mariah Carey, I’m telling you.

David noted that he was “not exaggerating,” adding, “It is absolutely incredible, but she has incredible taste and incredible style. She has a talent for it and the truth is, in order to have found them the house they’re in right now, there are a lot of boxes that had to be checked.”