The former co-host of ‘The View’ claimed that Ana Navarro acted ‘hateful’ to her when she sat back down at the table for a ‘Flashback Friday’ appearance on the show.

Unfortunately, Debbie Matenopoulos’ return to The View wasn’t as open-armed as one might expect! The 46-year-old TV personality revealed that she felt like regular guest co-host Ana Navarro, 49, wasn’t nice to her when she rejoined the talk show as a surprise guest co-host for a “Flashback Friday” on October 24, as part of the celebrations to commemorate The View‘s  25th season. Debbie recounted her experience in an interview with SiriusXM’s Michelle Collins.

Debbie was an original co-host on The View from 1997 to 1999, and she said that it was nice to get to reunite with Joy Behar, but Ana seemed less happy to see her. “This last time I went Joy and I had the greatest time. We laughed. Whoopi [Goldberg] wasn’t there, which was a bummer, because I love Whoopi, and neither was Sunny [Hostin], because it was her birthday, but it was Sara Haines and myself and Joy and Ana. Joy and I had a great time, and Sara and I had a great time, but Ana Navarro was not nice to me. She was kind of hateful to me. She wouldn’t even look me in the eyes,” she said.

Michelle asked if she meant Ana had been unkind backstage or on-air. “Backstage and on-air, she was not nice to me,” she said. Michelle noted the recent controversies surrounding claims from Meghan McCain about the work environment at the show, and she speculated that perhaps being a conservative led to tension with Ana. “Maybe there’s a separation that happens when you take that kind of a lane,” Michelle said. 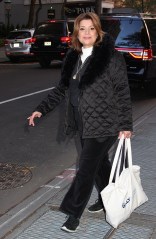 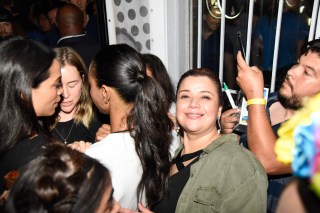 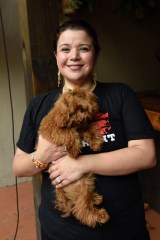 Debbie seemed to laugh off the fact that she didn’t think Ana liked her, and noted that she felt like she was singled out. “She seemed to be nice to everyone else except for me,” she said. “She just has an issue with me, I guess.” The radio host suggested she give her some of her new beauty products. “I gave her a beautiful package!” Debbie said. “Everybody can’t like you, what are you going to do?”

Earlier in the conversation, Debbie noted how the hosts of The View can occasionally get a bad rap, and said that it wasn’t what Barbara Walters had in mind, when she launched the iconic show back in 1997. “They sort of have a reputation of kinda being catty and mean and hateful to other women, and that’s not what Barbara intended at all,” she said.