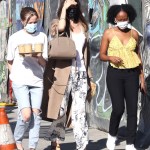 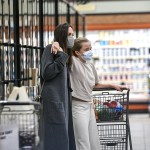 Shiloh Jolie-Pitt and Zahara Jolie-Pitt rocked their stylish outfits while attending a party at a private members’ club in London for the ‘Eternals’ cast and their families.

Angelina Jolie, 46, brought along her two gorgeous daughters to an Eternals cast party and they looked incredible! The two teens, including Zahara Jolie-Pitt, 16, and Shiloh Jolie-Pitt, 15, were photographed walking into the private members’ club in London, England, where the party took place, on Oct. 27 and were rocking fashionable outfits, including a yellow dress and black heels for Zahara and a sheer blue jacket that resembled a jean jacket over a black top and shorts and black sneakers for Shiloh.

Angelina also rocked an epic look that included a flowing bright green dress with loose sleeves and tan heels. She had her long hair down and natural-looking makeup on. She appeared relaxed and happy as she walked beside her daughters, who also appeared excited to be there.

Angelina Jolie At 'Eternals' Premieres & Events -- Photos Of Her Looks 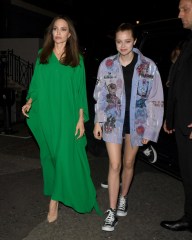 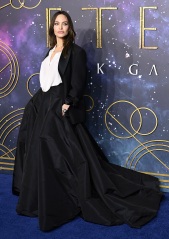 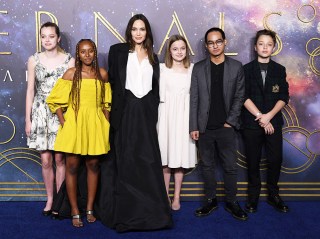 This is one of several outings we’ve seen Angelina and her girls on ever since the actress has been promoting her new Marvel film over the past few weeks. She brought them as well as some of her other kids, including Maddox Jolie-Pitt, 19, Vivienne Jolie-Pitt, 13, and Knox Jolie-Pitt 13, who she all shares with ex Brad Pitt, at the Eternals premiere in Los Angeles on Oct. 18. The girls all appeared to wear refurbished versions of their mom’s iconic dresses, including the silver dress with fringe that she wore to the 2014 Oscars, at the star-studded event.

When Angelina and her kids are not wowing in high-class outfits at special premieres and other events, they’re spending time on casual outings. The proud parent and Vivienne were spotted enjoying a shopping trip in London on Oct. 26 while wearing casual clothes. The Girl Interrupted star had her arm around her youngest daughter and looked relaxed yet protective as they strolled around together.

We look forward to seeing what other outings Angelina and her kids go on soon! They sure lead quite the life and it’s always delightful to see.