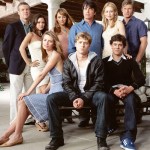 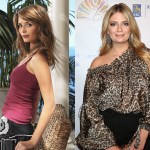 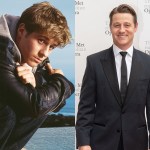 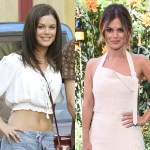 Rachel Bilson sat down for a virtual interview with her former ‘O.C.’ co-star and ex Adam Brody for a look back at one of the show’s memorable episodes and praised him for helping her to be a ‘better’ actress.

The O.C. fans rejoiced on Oct. 26 when Rachel Bilson reunited with her former co-star and ex-boyfriend, Adam Brody for part one of a two-part episode series of her and Melinda Clarke‘s podcast, Welcome to the OC, Bitches! The 40-year-old actress and 41-year-old actor, who dated from 2003 until 2006, discussed “The Strip,” the 26th episode of the first season, and their overall experiences while filming the popular teen drama, which aired on Fox from 2003 until 2007, during the episodes. Rachel also didn’t hesitate to credit Adam for helping her become a “better” actress.

“You taught me how to act well,” Rachel tells Adam in one part of the episode, which can be seen above. “You made it so comfortable to just go for it and not be afraid, and everything you did and working with you really made me have the confidence to kind of do whatever I wanted and go for it.”

“I want to say thank you, because it just brings that all up,” she continued. “I was like, ‘Dude, I was never better than when I was acting with you.'”

Adam was touched by what she said. “What a lovely thing to say,” he replied. “Hey, it was my pleasure and it was such a joy.”

After the first part of the interview was released, Rachel spoke to PEOPLE and revealed it took her a lot to convince Adam to appear on the podcast, which is dedicated to looking back on episodes of The O. C. “I was like, there’s no way he’s going to want to talk about it, there’s no way he’s going to do it,” she told the outlet before admitting it took a heartbreaking event to try and get him to commit. “A dog that I had when we were on The O.C. recently passed away, so I sent him a text message and I was like, ‘Thurman died. You have to say yes.’ I basically bribed him with a dead dog.”

She also explained that deciding what episode to talk about with him was also a challenge. “Originally they were like, ‘Maybe he can come on for the episode where you guys lose your virginity.’ And I was like, ‘Eh, maybe a little awkward to talk about,'” she said with a laugh. “So we didn’t do that, but he did say yes to a very fun episode and we could not have been more happy and excited to have him on and to catch up.”
Check out the full episode of Rachel’s podcast episode with Adam above.