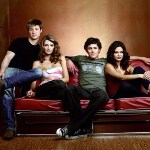 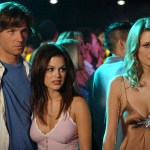 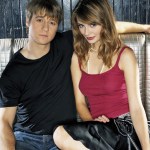 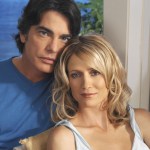 Seth and Summer forever! ‘The O.C.’ stars Rachel Bilson and Adam Brody, who also happen to be exes, had an amazing reunion at the airport of all places.

An airport is a wonderful place. Why? Because it was the location of the most epic The O.C. reunion on Aug. 13. Rachel Bilson, 37, who played Summer Roberts on the beloved FOX series, posted an incredible Instagram selfie with Adam Brody, 39, who played Seth Cohen. “Ran into my ol buddy from jfk to lax #californiaherewecome,” Rachel captioned the reunion photo.

The O.C. stars have been off doing their own thing since the show ended in 2007 so reunions are rare. Like their characters, Rachel and Adam started dating during the first season of the show but broke up in 2006 after 3 years. While Seth and Summer will always be relationship goals, Rachel and Adam are now friendly exes goals.

Adam is now married to Gossip Girl star Leighton Meester, 33. They have one child together, Arlo Day Brody, 4. Rachel started dating Hayden Christensen, 38, soon after her split from Adam. Rachel and Hayden have a daughter together named Briar Rose, 4. The pair split in 2017.

Ran into my ol buddy from jfk to lax #californiaherewecome 🤓

With the successes of the Beverly Hills, 90210 and The Hills revivals, which stars O.C. star Mischa Barton, 33, as well as the forthcoming Gossip Girl reboot, many fans wonder about the potential for a revival of The O.C. Rachel wasn’t totally against the idea in 2017. “I’m always open to things, open to anything” Rachel tod E! News at the time. “I don’t know what it would look like with our characters being old now. We were, like, riding skateboards on the pier; I don’t know what they do now as 30-year-olds. But, yeah, it would be nice to see everybody again.”