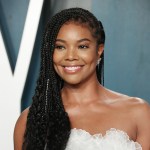 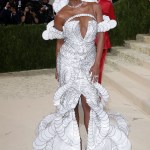 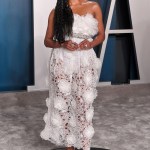 Gabrielle Union took to Instagram to share a set of new eye-catching photos of her and husband Dwyane Wade showing off matching green pants while posing in a body mirror.

Gabrielle Union, 48, and Dwyane Wade, 39, looked sexy and confident in their latest photos together! The actress shared new mirror selfies of both of them standing shirtless while wearing matching green pants and giving off serious facial expressions. She covered her chest with her long braided hair and looked gorgeous while her hubby looked handsome with a beard.

“Fittings 🖤👫🏿🖤 @dwyanewade Welcome to #ScorpioSzn🦂,” Gabrielle wrote in the caption for the pics, which were met with several comments. “Not the matching belly buttons! 🤣🤣🤣❤️,” one follower joked while another complimented both of their toned abs. “Yessssss Scorpio season ❤️❤️❤️,” a third shared.

Gabrielle’s latest pics come after she’s been making headlines with her new tell-all book, You Got Anything Stronger? One of the things she opened up about in the release was when she found out Dwyane had a baby with another woman before they were married. She admitted to feeling “shattered” and it brought up her own struggles. 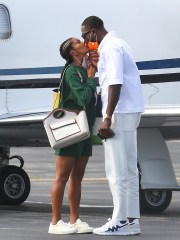 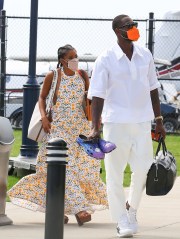 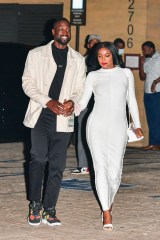 “In 2013, before we were married, Dwyane had a baby with another woman. It should go without saying that we were not in a good place at the time that child was conceived,” she wrote in the memoir while pointing out how she was going through IVF treatments at the time.

“The experience of Dwyane having a baby so easily—while I was unable to—left my soul not just broken into pieces, but shattered into fine dust scattering in the wind,” she wrote in the memoir.

A source later told us that the process of writing such revealing issues was “healing” for her and Dwyane knew about it beforehand. “She was upfront with him the whole time,” the insider shared with HollywoodLife EXCLUSIVELY. “He noticed that writing this book and being so open and real only helped their relationship and that is what was the most important thing for him.”

Gabrielle and Dwyane were married in 2014 and share daughter Kaavia, 2, whom they had via surrogate.