Gabrielle Union and Dwyane Wade shared an intimate moment during their vacation. See the cute pics!

Gabrielle Union and Dwyane Wade enjoyed a dance poolside this week, giving off major “8th grade dance vibes.” The actress, 48, shared some photos that captured an intimate moment with her husband, 39, on Instagram on Tuesday, July 13. Alongside a pool, the two embrace in the first photo and break out in dance in the last two slides that follow.

“8th Grade Dance Vibes,” Gabrielle captioned the post with various dance and heart emojis. The Bring It On alum rocked a blue two-piece bikini with orange strings while her husband matched in a blue t-shirt and shorts. One follower pointed out the placement of Dwyane’s hands on his wife’s butt and hilariously commented, “8th grade? Not with his hand right there 😂😂 “

The two appear to be vacationing with their precocious daughter Kaavia, 2, in New York this week. Over the weekend, Gabrielle shared photos of the trio aboard a boat in Shelter Island — a secluded island not too far from the Hamptons — in the same outfits. Kaavia, rocking a white tank top, denim shorts, and pink Crocs, is all smiles as she’s sandwiched between her parents.

Gabrielle followed up with more snapshots of just her and her husband on the boat with the hashtag #TheWades. 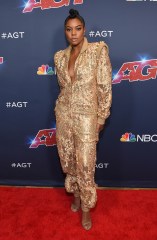 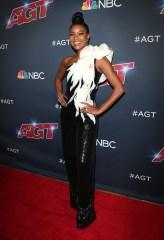 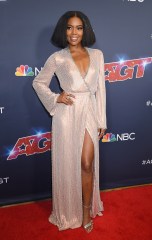 The family then hit up a winery in Mattituck and later, Wades Beach.

At the beach, Kaavia enjoyed a ride on a carousel and admired the scenic waters with her stylish dad, who rocked a red button up t-shirt and some printed black shorts.

During their interview special with Oprah Winfrey in December 2018, titled Oprah at Home with Gabrielle Union, Dwyane Wade & Their New Baby, Gabrielle revealed that Dwyane’s children had pushed for them to become a “real family.” Dwyane also told Oprah that his kids helped him propose. “I decided that she wasn’t just marrying me, she was marrying all of us,” Dwyane said. “So, I had them down by the pool, and I had them make their own signs. I had each one say, ‘Will you marry us?'”

“I took her outside to look at the water, and at first, she’s like, ‘What is going on?'” he continued. “I get behind her, and I get on a yoga mat because I couldn’t put my knees down. I’m sitting there waiting for her to turn around and she’s reading the boys’ signs, and the boys said, ‘Will you marry us?'”