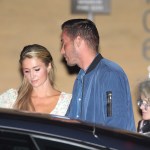 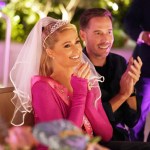 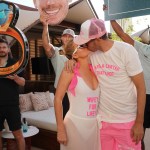 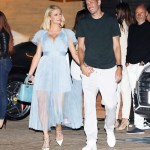 Paris Hilton and fiancé Carter Reum’s wedding registry has over $60K worth of items on it, including Hermés kitchenware and Baccarat vases.

A $500 Hermés platter, $4,885 Baccarat vase, and $1,000 William Yeoward Crystal caviar server are among the items listed on Paris Hilton’s wedding registry with Carter Reum, because of course. The media personality and venture capitalist, both 40, will marry on November 11, but not before sharing the contents of their gift registry on Gearys Beverly Hills, which has over $60K worth of items on it.

Kitchenware like glasses, plates, drinkware, and trays are recurrent items on the registry, as are picture frames. No, not the picture frames found in craft or department stores: a Buccellati picture frame that retails a $2,3000. Other opulent products include an Hermés cereal bowl (sure), Hermés mug (well, yeah), and Hermés sugar box (an essential, everyone knows that).

The couple got engaged in February after one year of dating. Carter popped the question while celebrating Paris’ 40th birthday. “I am excited about this next chapter and having such a supportive partner,” Paris told Vogue at the time. “Our relationship is one of equals. We make each other better people. He was absolutely worth the wait.”

Paris Hilton -- Photos Of The Socialite 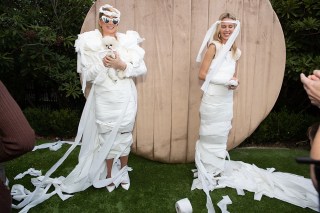 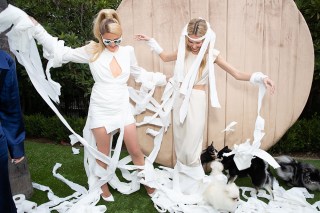 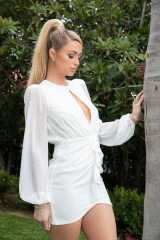 The nuptials will mark Paris’ first marriage, but fourth engagement. She has previously been engaged to model Jason Shaw, socialite Paris Kassidokostas-Latsis, and actor Chris Zylka. As for her engagement to Carter, the heiress of Hilton Hotels and the venture capitalist will reportedly celebrate their nuptials at Paris’ late grandfather Barron Hilton’s estate in Bel Air come November.

A source previously told Page Six that the couple will exchange their vows at a church and host a reception at the estate. “They sent out the save-the-date. They didn’t include the location, but [the reception] is going to be at Barron’s house,” a source told the outlet, with another insider adding, “The invite says November 11. It’s a beautiful invitation. It came in a blue box. It sort of looked like a Tiffany’s box.”

With the big day less than a month away, Paris recently shared an Instagram montage video on October 17 with her soon-to-be husband and their family friends, using the hashtag ##HiltonReumForever. She captioned the post, “I can’t wait to marry you, my best friend.”