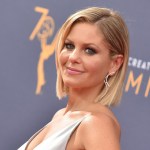 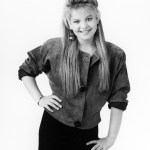 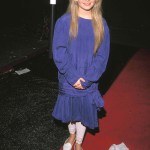 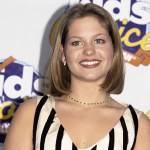 The ‘Fuller House’ star posted a silly TikTok video, where she lip-synced to an audio that questioned whether or not she was a ‘villain.’

Candace Cameron Bure was wondering where she fits into the Hollywood narrative, as she posted a funny TikTok, where she made light of herself for being a conservative on Wednesday October 30. The 45-year-old Full House actress posted a TikTok where she lip-synced to an audio titled “I am a Socialist” by user @Brandon.sounds, which contained a clip of Ru-Paul’s Drag Race star Scarlett Envy speaking about villainy.

♬ I am a Socialist – Brandons.Sounds

In the clip, Candace was relaxing outside, as she mouthed along with the audio. She put the words, “When you’re conservative in Hollywood” on her video, as she wondered along with the audio. “Is it me? Am I the drama? I don’t think I’m the drama. Maybe I am. Am I the villain? I don’t think I’m the villain,” she lip-synced along. The actress’s clip received over a million likes and 7 million views, but it divided fans in the comments.

A few TikTokers showed that they clearly were not Fuller House fans, when they commented on Candace’s clip. “In order to be the drama you have to be relevant,” one person wrote. Another person laughed at her for using an audio that declares “I am a Socialist,” while she used it for a video to show that she is a conservative. Still, some people came to Candace’s defense. “If you suddenly stopped liking her just because she doesn’t have the same opinion as you, you are part of the problem in America right now,” one person wrote. 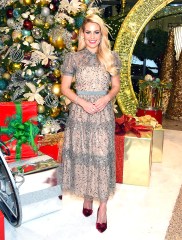 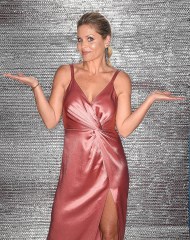 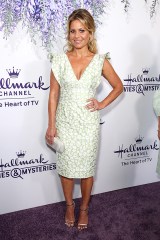 While some TikTokers may have been less than impressed with Candace’s latest video, it’s not the first time that the actress and former View co-host has faced criticism. The star had to clap back at Drag Race alum Bianca Del Rio, when the drag queen labeled her a “homophobic Republican,” when she wore a shirt with Bianca’s catchphrase “Not Today Satan” on it. “Why do you have to be nasty to me? You don’t know me or my heart,” she wrote on social media, and assured followers that she didn’t hate gay people, despite being a Christian. Back in 2020, some fans were also angry when she posted a photo of her husband Valeri Bure grabbing her boob.