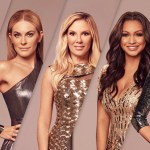 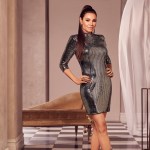 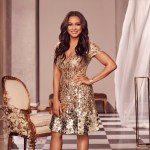 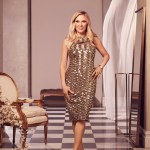 During a discussion about sperm donor laws, ‘The Real Housewives of New York’ star opened up about wanting to find a donor after finding out who her biological father was in the last year.

Amid a discussion about possible changes to laws regarding sperm donors, RHONY star Eboni K. Williams, 38, revealed her feelings about wanting to become a mother with a sperm donor, if she doesn’t meet the right person by the time she’s 39-years-old. Eboni spoke about her feelings about how powerful it is for people to know their biological parents on a Monday October 18 episode of The View.

The women were talking about how some children born from sperm donations want to change laws that allow for donors to be anonymous, so that they can meet their biological fathers. Co-host Sunny Hostin spoke about her experience with IVF, and worried that not allowing anonymity might dissuade some men from donating. “I think it would have a chilling effect on infertility couples, because I don’t think people will donate sperm, if they know that that comes with maybe in 18 years, someone looking for a family. Someone looking for a relationship with the father,” she said.

Eboni weighed in to offer her thoughts on the importance of why people seek out their biological parents, as someone who only found her biological father very recently, but first she revealed her plans to seek out a sperm donor herself. “I just found out who my biological father was a matter of months ago at 37-years-old,” she said. “I agree with you Sunny, by the way. I think the chilling effect is real, and I say that as somebody who will very likely on my 39th birthday, I’m going to start the process of seeking a sperm donor myself, if I have not found Mr. Right.”

The RHONY star spoke about how her outlook on life has shifted in getting to find out more about her biological dad. “So I say that with stakes in the game,” she said. “I feel that the chilling effect is outweighed by the right to know who your biological parents are. Not necessarily for familial connection, because I have not gotten to that stage with my biological father. I can’t tell you what it means to know what his name is, to know what he looks like visually, and to know I have a relationship with two sisters. It’s an identity thing, and it’s hard to really describe it.”

Eboni continued, and showed love to her mother for raising her on her own, but noted how she feels it’s important to know where you come from. “I have a wonderful single mother Gloria, who raised me to the highest heights, but to know who you are in that biological way means something, and I think that that means more than the cost of what it might do to people’s incentive,” she said.

Sunny asked if her feelings would change if she’d had access to her dad’s medical records, and Eboni mentioned that she wanted to know more about her father than simply the medical information. “I needed to know what his face looked like,” Eboni said, as Whoopi Goldberg mentioned that the need to provide more information may discourage some folks. The RHONY star responded that she still felt like it was important. “I think you get to know where you come from, when you’re born into the world.”

Earlier in the discussion, Whoopi had also mentioned that she felt that while many men may have made donations to get paid, she said that access to medical records is incredibly important. “I think kids of donors should be asking for the medical information of these donors, because a lot of these people that gave, they were not looking for family. That wasn’t the reason they did this, but I think all donors should have to provide all the medical information, because kids are going to want that, and as horrible as this is, a lot of these guys didn’t give, because they were looking to make families,” she said.