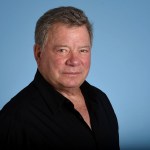 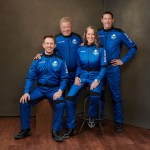 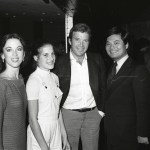 After William Shatner traveled to space, George Takei referred to his former ‘Star Trek’ co-star as ‘a guinea pig’ and shaded his age and body during an interview.

The feud between George Takei and William Shatner is back in the headlines. The former Star Trek co-stars have had beef for years, and it became apparent that things haven’t changed when George, 84, shaded William, 90, while speaking to Page Six at the Broadway opening of Thoughts of a Colored Man on Wednesday, October 13. When asked about William’s historic spaceflight on Jeff Bezos’ Blue Origin, George said, “He’s boldly going where other people have gone before,” before adding, “He’s a guinea pig, 90 years old and it’s important to find out what happens.” Shots fired!

George also body-shamed William when criticizing his former movie co-star. “So 90 years old is going to show a great deal more on the wear and tear on the human body, so he’ll be a good specimen to study,” said George. “Although he’s not the fittest specimen of 90 years old, so he’ll be a specimen that’s unfit!”

The Oct. 13 spaceflight was a pretty big deal for William, who became the oldest person to go to space. The actor snatched that record from 82-year-old Mary Wallace “Wally” Funk, who flew to space with Bezos and others in July. William’s flight  was broadcast live on the Blue Origin YouTube Channel. When the crew touched down back on Earth, William gave a moving speech and called the journey “unbelievable.” He added, “To see the blue color go right by you, and then you’re staring at blackness, that’s the thing… It was so moving.” 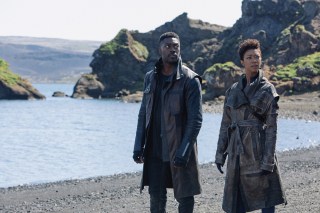 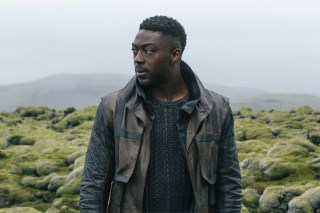 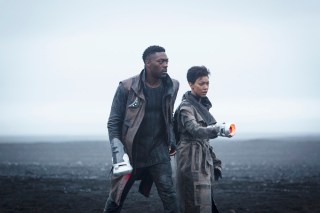 William rose to stardom for playing Captain James Kirk on the original Star Trek. George, meanwhile, played Hikaru Sulu in the sci-fi franchise. The two actors haven’t gotten along in years, and George most recently addressed the feud in a People interview back in 2015. “It’s not tension, it’s all coming from Bill,” George said. “Whenever he needs a little publicity for a project, he pumps up the so-called controversy between us.”

To add to the drama, William has claimed before that he was not invited to George’s 2008 wedding to Brad Altman. George, however, denied those claims in his People interview. “Two months after my wedding, he went on YouTube and ranted and raved about our not sending him an invitation,” the actor said. “We had. If he had an issue, he could have easily just phoned us before the wedding, simple as that. But he didn’t.”