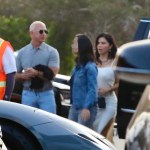 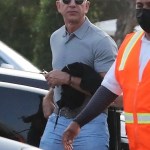 Ground Control to major Jeff Bezos. The Amazon founder and multi-billionaire – along with three other passengers – had the trip of a lifetime after made a successful trek into space!

The richest man in the world has officially launched into space. Jeff Bezos continued the Billionaire Space Race on Tuesday (July 20). Along with his brother Mark Bezos, iconic aviator Mary Wallace “Wally” Funk, and Dutch teen Oliver Daemen, Jeff began the galactic journey on the 6-story-tall New Shepard rocket from Blue Origin’s launch site in West Texas. After liftoff at 9 a.m. EST, the rocket shot straight up 65+ miles high to the so-called Karman Line, per CNN, which is “referred to as the altitude at which outer space begins.” While Jeff, 57, and the crew enjoyed their ride to the edge of space — and experienced three minutes of weightlessness — the booster rocket made a perfect return landing, allowing for it to be reused again.

During the flight, the New Shepard rocket and capsule experienced what’s called “Max Q,” an aerospace term that refers to the point during flight at which a vehicle experiences its maximum dynamic pressure, according to CNN. It’s when the rocket is “drumming up high speeds at a time when the atmosphere is still pretty thick, putting a lot of pressure on the vehicle.” After grazing the face of outer space, Jeff and his crew began their descent. Parachutes deployed, and the capsule touched down. Mission successful! Or, as Jeff said over the Blue Origin’s radio: “Best day ever.”

“Best day ever,” Bezos is heard saying over the radio to control.

The mission, named NS-16, is the first time the billionaire’s aerospace company Blue Origin has sent humans to space. Jeff, however, is not the first billionaire to make such a monumental journey: Virgin Galactic founder Richard Branson flew to space and back in his company’s rocket on July 11. As for Oliver, 18, the teen is the youngest person to make such a trek. The son of Joes Daemen, CEO of the Dutch private equity firm Somerset Capital Partners, Oliver took the place of an anonymous bidder that won a seat on the flight for $28 million during the auction for the coveted seat. The initial winner had “scheduling conflicts.” (No, seriously.)

While a rocket’s first launch usually requires trained test pilots to monitor the situation should things go amiss, this one did not — but Jeff insisted that it would not be a risky mission during an interview with CNN on Monday, citing New Shepard’s self-governing crew capsule. “We know the vehicle is safe,” the billionaire said. “If the vehicle is not safe for me, it’s not safe for anyone.” Blue Origin CEO Bob Smith added that the company wouldn’t have had use for test pilots. “We didn’t see any value, quite honestly, from doing things step-wise in that approach,” he explained. “Seeing that this is an autonomous vehicle, there’s really nothing for a crew member to go do.” 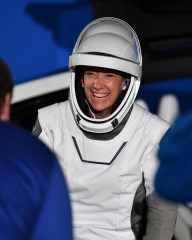 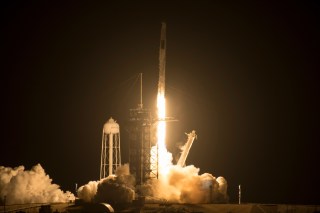 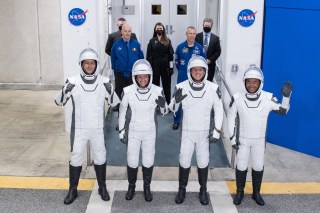 Jeff announced the flight on Instagram on June 7, writing that space travel has been a lifelong dream. “Ever since I was five years old, I’ve dreamed of traveling to space,” the Amazon founder wrote. “On July 20th, I will take that journey with my brother. The greatest adventure, with my best friend.”