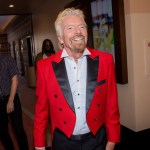 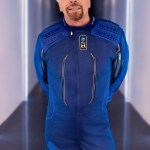 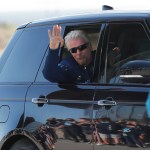 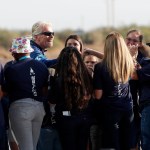 Billionaire business magnate Richard Branson has realized his dream of going to space! The Virgin Group CEO flew to the boundary of space during a historic flight.

After nearly two decades of developing Virgin Galactic, Sir Richard Branson has finally achieved his dream of going to space! The billionaire CEO was on board his company’s spacecraft VSS Unity on July 11, when it was launched above the skies of New Mexico. He was joined by pilots Dave Mackay and Michael Masucci along with three Virgin employees: chief astronaut trainer Beth Moses, lead operations engineer Colin Bennett, and VP of government affairs Sirisha Bandla.

Richard Branson sent a special message from the edge of space. 🚀 pic.twitter.com/Svvo8utiMq

The voyage makes him the first of the billionaire space company bosses to venture out in his own spacecraft, beating the likes of Jeff Bezos and Elon Musk. “It’s a beautiful day to go to space,” the entrepreneur turned adventurer tweeted the morning of the historic flight. His spacecraft departed from Spaceport America and reached the boundary of space during the one-hour flight. During the voyage, the crew experienced about four minutes of weightlessness, as they were carried to an extremely high altitude.
Sir Richard had originally planned the flight for later in the summer of 2021, however he moved the timeline forward after Amazon boss, Jeff Bezos, announced that his company Blue Origin would launch their rocket into space from West Texas on July 20. Virgin Galactic has plans for two additional test flights before taking paying customers into space in 2022. The company reportedly has more than 600 people registered for flights at an estimated $250,000 per person.
“My mission statement is to turn the dream of space travel into a reality – for my grandchildren, for your grandchildren, for everyone,” Branson tweeted on July 11. The CEO, who first dreamed of going to space after watching the Apollo moon landings, founded Virgin Galactic in 2004. The VSS Unity is designed to hold up to six passengers in addition to two pilots, and Virgin Galactic believes there is a market for as many as two million people. The commercial flights are expected to be priced in the $250,000 to $500,000 range.