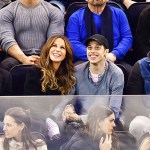 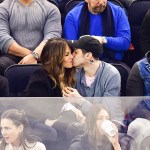 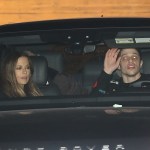 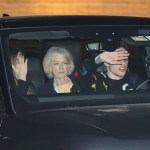 Kate Beckinsale appeared to be fully recovered from her back injury as she sported a super sexy outfit on the set of her new movie, ‘Prisoner’s Daughter.’

Kate Beckinsale is back at it! Nearly a month after she was hospitalized for a back injury while on the set of her new movie, Prisoner’s Daughter, the 48-year-old actress looked like a total smokeshow while dressed in a racy outfit for an Instagram snapshot she posted on Monday, October 4. Kate seemed to be fully on the mend on the movie’s set as she showed off her sexy ensemble, which included a green top, black miniskirt, lacy stockings, and black boots. A total smokeshow indeed!

Kate struck a fierce pose for the photo, which she captioned, “When Hot Topic meets Pottery Barn and it’s only Monday.” She also included the hashtag, “prisonersdaughter,” indicating that she’s indeed back at work in Las Vegas to film the upcoming movie.

On the morning of Sept. 10, TMZ reported that Kate was taken to an emergency room in Sin City after throwing her back out. Sources close to the actress told the outlet that Kate was transported to the nearby hospital via ambulance from the movie’s set. She was reportedly staying at The Signature at MGM Grand while filming Prisoner’s Daughter. HollywoodLife reached out to Kate’s rep for comment at the time, but we never heard back.

The day before Kate was hospitalized, she posted a photo on Instagram from the movie’s set. In the snapshot, the Undwerworld actress posed while wearing an unconventional wedding dress. She captioned the photo “Oops #Vegas,” and tagged the film’s director, Catherine Hardwicke. 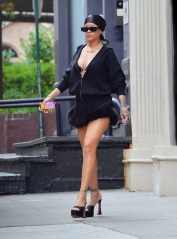 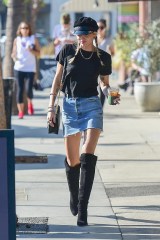 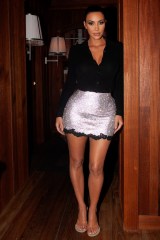 Kate was cast in Prisoner’s Daughter in June 2021. Per Deadline, the film “tells the story of a tough but proud ex-con Max who’s struggling to find a way to reconnect with his only daughter and grandson; once he begins an attempt at reconciliation, his violent past once again catches up to him.” Kate will play the daughter in the film, while Max will be portrayed by Succession‘s Brian Cox.