‘RHOA’ is looking ahead toward the future as producers work to reimagine the fractured cast as two longtime stars exit the franchise.

Producers of the Real Housewives of Atlanta may be looking to stir up the peach tea as industry insiders spilled EXCLUSIVE details to HollywoodLife October 2 about the future of the show’s cast for its upcoming 14th season. At this point, none of the remaining cast members on the show, Kenya Moore, Falynn Guobadia, Kandi Burruss and Drew Sidora, have officially been asked to return to the series, our source close to the production said. And with the exit of two of the show’s longtime stars – Cynthia Bailey and Porsha Williams – casting choices for who will hold those coveted peaches is still fair game.

“They are still casting for next season. They’re supposed to start filming later this month,” our source told HollywoodLife. “Cynthia is open to making a guest appearance this season and she’s not saying goodbye to Bravo. She’s just hanging up her Housewives hat for now. Porsha is talking like she’s completely done, but Cynthia is open to returning again in the future.” Speaking of returns, no one should expect to see a NeNe Leakes comeback any time soon, if ever again at all. “There’s no way that Nene will ever be back on that show after the way things were left between the network and her, so those rumors are completely false,” the source said. “There have not been any conversations for her to appear.” 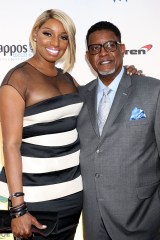 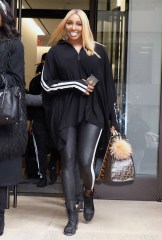 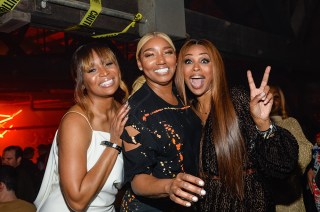 Interestingly enough, producers are looking for fresh faces to add to the show and they may have their sights set on athletes. While our source didn’t reveal just who they were referring to, they did mention production is looking at a professional basketball player. “They were talking to someone from the WNBA about joining the cast, too. They want different ladies with a different vibe.”

Overall, it’s a bittersweet end to ‘RHOA’s’ season 13 as the cast shakeup is sure to present more changes come next season. “All of the ladies are going to miss Cynthia. She’s a staple on the show and they all have respect for her as an OG,” the source continued. “Most will miss Porsha, too, but the only one she had a real friendship with anymore was Kandi. Kenya is not losing sleep over her departure, that’s for sure, but she’s a professional and can work with her if she needed to.” While Kenya may not be losing sleep over Porsha leaving, we wonder when the former beauty queen has any time to sleep at all now that she’s got a full plate as both a regular member of ‘RHOA’ and as a newly minted castmate on ABC’s Dancing With the Stars. Nothing a twirl or two can’t fix!