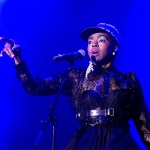 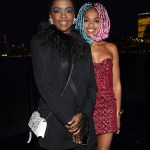 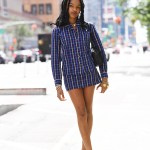 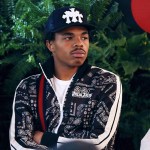 The incredibly influential hip hop group from the ’90s is coming back together for the first time in 15 years.

Ms. Lauryn Hill, Wyclef Jean, and Pras Michel have announced a Fugees reunion tour to celebrate 25 years of their crucial 1996 album, The Score. The album — both a critical and commercial success of its time — garnered the group plenty of staying power, as fans are sure to flock to any of the 12 cities the trio has set up on their international tour. In their first shows together in 15 years, the group will travel across the United States and then London and Paris, finally ending in Nigeria and Ghana at the end of the year. They will also perform a pop-up show in New York City on Sept. 22 at The Rooftop at Pier 17.

After The Score was released in 1996, the band became widely known for such singles like “Ready or Not” and “Killing Me Softly.” Over the next decade, the group remained in each others’ orbit, despite legal troubles and solo expeditions (like Lauryn’s multiple Grammy-winning project The Miseducation of Lauryn Hill). Ultimately, however, the group went their separate ways in 2006, likely due to romantic conflicts between Lauryn and Wyclef. Pras also stated in 2007 that there was “a better chance of seeing Osama Bin Laden and [former President George W.] Bush in Starbucks having a latte, discussing foreign policies” than him working with Lauryn again. When he and Wyclef began speaking of a potential reunion, Lauryn continued to stay quiet on the matter … until now.

“The Fugees have a complex but impactful history,” Lauryn said in a press release, reported Consequence of Sound. “I decided to honor this significant project, its anniversary, and the fans who appreciated the music by creating a peaceful platform where we could unite, perform the music we loved, and set an example of reconciliation for the world.”

Wyclef added: “As I celebrate 25 years with the Fugees, my first memory was that we vowed, from the gate, we would not just do music we would be a movement. We would be a voice for the un-heard, and in these challenging times, I am grateful once again, that God has brought us together.”