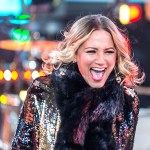 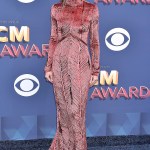 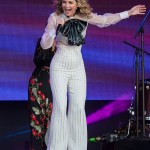 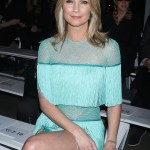 Jennifer Nettles revealed there’s still work to do when it comes to equal play & shared incredible advice for up and coming artists.

Jennifer Nettles was one of the earliest, loudest voices in country music to call for equal play for women — a battle that has since expanded into a fight for equal play for BIPOC artists, as well. CMT went on to adopt the ‘Equal Play’ name and instituted 50/50 play for female artists across CMT and CMT Music channels, as well as honoring Jennifer for her advocacy. Almost a year has passed since then, and the Sugarland star doesn’t feel like much real change has actually been made. “I will say there is expansion in terms of the conversation. There is more conversation that is happening and it is being brought to people’s awareness within the industry…but it’s hard going, it’s slow going. I wish it were faster and I wish it were better,” she told HL in an EXCLUSIVE interview while discussing her partnership with Cracker Barrel.

Jennifer continued, “While we were making strides for equal play where women were concerned, COVID hit and now, in addition to that, we’ve really been expanding into systemic racism. And the women have really come out to do the work.” Jennifer highlighted Maren Morris, Mickey Guyton, Brandi Carlile and so many other women who have used their platforms to elevate other female artists, and particularly artists from the BIPOC communities.

“Those women that I mentioned there, specifically, in terms of mainstream country artists, are really out there advocating and doing their part and doing the work. It’s slow work and what we hope and what we’ve learned, as feminists, is that if we don’t, as women reach our hands, to those who are the most vulnerable and need it most, then we’re still not doing the work for ourselves either as women,” Jennifer explained. “We really have to have to join and advocate for our sisters of color and our communities of color in order to be able to also expand and advocate for ourselves.”

Jennifer, as always, is leading by example, joining forces with Cracker Barrel as a mentor to country newcomer and powerhouse vocalist Brittney Spencer. “I was so honored to be seen by Cracker Barrel as someone they have seen over the years as someone who tries to care it forward and advocate for others. Their new initiative, Care It Forward, actually has to do with random acts of kindness,” Jennifer explained. “One of the ways they thought that that could be fun within the music industry is to take a quote unquote established artist and and serve as a mentor to a mentee to a younger artist who is coming up in the industry.”

Jennifer was paired up with Brittney and the two came together on the Cracker Barrel Front Porch for a performance and mentorship session. “I love collaborating. I love finding those harmonies. For me, it’s such a beautiful metaphor, because it’s music, it’s harmony, it’s blending. It’s listening, it’s responding, it’s reacting. But that, in and of itself is a metaphor of community and of connection,” the Always Like New singer said.

Jennifer added that the piece of advice she gave Brittney, and hopes others also remember, is to “not ask for permission.” “Ask for what you want. You don’t ask for permission. Stand in your power,” she advised. “You are here, because you are worthy, and you deserve to be here, and people want you here and people need you here.”

Watch the Cracker Barrel Sessions here and visit their website for more Care It Forward details.